Players who have hundreds of hours into The Long Dark are used to playing a certain way. They know how to survive and have fine-tuned their formula over time. With the Errant Pilgrim update to survival mode, it might be time to recalculate. Not only is there a new map called Bleak Inlet, but there’s also the addition of the Ammunition Workbench, allowing players to extend their life expectancy in the quiet apocalypse.

Errant Pilgrim also sees the addition of Timberwolves to survival mode, and word on the subreddit and general internet is these wolves are no joke. I’ve yet to dive in myself and experience them, but the way they’re described on The Long Dark website makes me a little nervous.

“A wind-swept coastline reveals an abandoned industrial facility — an aging Cannery that holds some useful secrets. But finding your way to it is a two-stage affair, involving accessing the region from both the Raven Falls ravine and Forlorn Muskeg. But watch out! Vicious Timberwolf packs have moved into this region and will defend their territory to the death.” 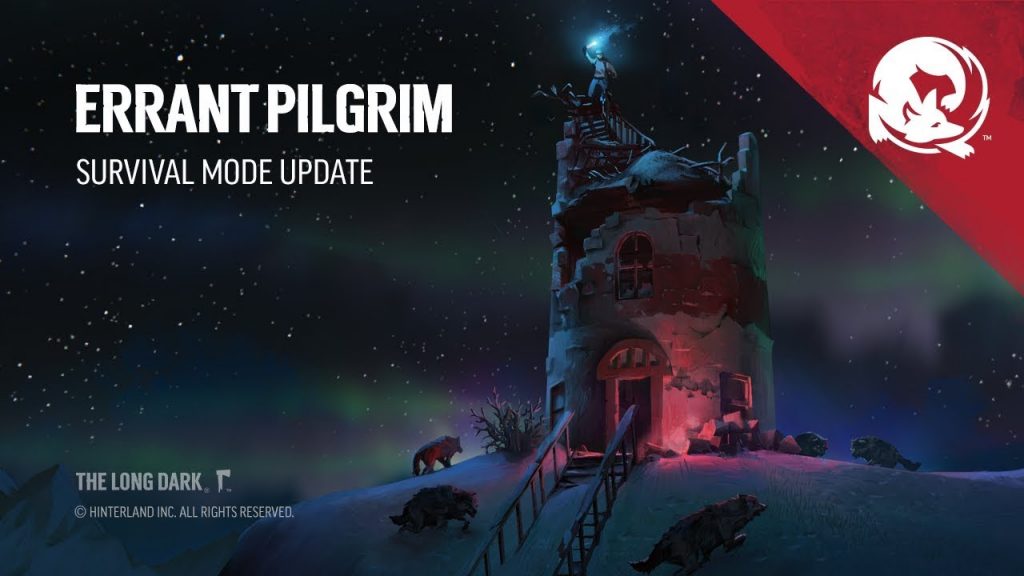 What I’m most excited about, though, besides exploring Bleak Inlet, is the Ammunition Workbench. I’ve long wanted a way to craft ammunition. There’s a certain level of dread that comes with watching your ammo supply dwindle as the months roll on. However, if I know Hinterland, and I like to think I do, ammunition crafting will not be an easy task. Finding the supplies to craft ammunition, as well as the trek to find the Ammunition Workbench, sounds like a dangerous expedition, but it’s one I’m looking forward to.

That’s a lot to pack into a single update, but there’s much more to get excited about. Hinterland has also introduced three new Feats that players can chase.

Finally, and I might be saving the best for last, players will finally be able to break down their old shelters and campfires. This is a quality-of-life update I’ve wanted for years. The Long Dark is one of the most gorgeous games on PC today, and there’s nothing worse than wanting to snap a sexy screenshot with no HUD and having campfires littering the ground in front of you. I guess dying is worse, but this is a close second.

Keep it locked on Guide Stash for more help with The Long Dark and its Errant Pilgrim update. We’ll be digging in over the holidays and will be working on some guides to help you survive Bleak Inlet.

The Long Dark’s Next Survival Update Set for December

Timberwolves Coming to The Long Dark in Episode 3