Earlier this week, Raphael van Lierop, creator of The Long Dark, shared a blog post with the community talking about the five years his game has been on Steam. This post detailed the launch of Episode Three: Crossroads Elegy coming on October 22, 2019, as well as the Time Capsule feature available to players. It also included mention of the next Survival update for the game, but you’d be forgiven if you missed that tidbit amongst all the hoopla about Wintermute.

Tucked away in the five-year update, van Lierop noted, “We’ll have more tidbits to share about Episode Three in the weeks ahead. We’ll also shed some more light on the next Survival Mode update we have planned for December.”

That’s not much to go on, but that’s fine. The focus is clearly on Episode Three for now, and we can still assume a few things about the Survival mode update coming in December. 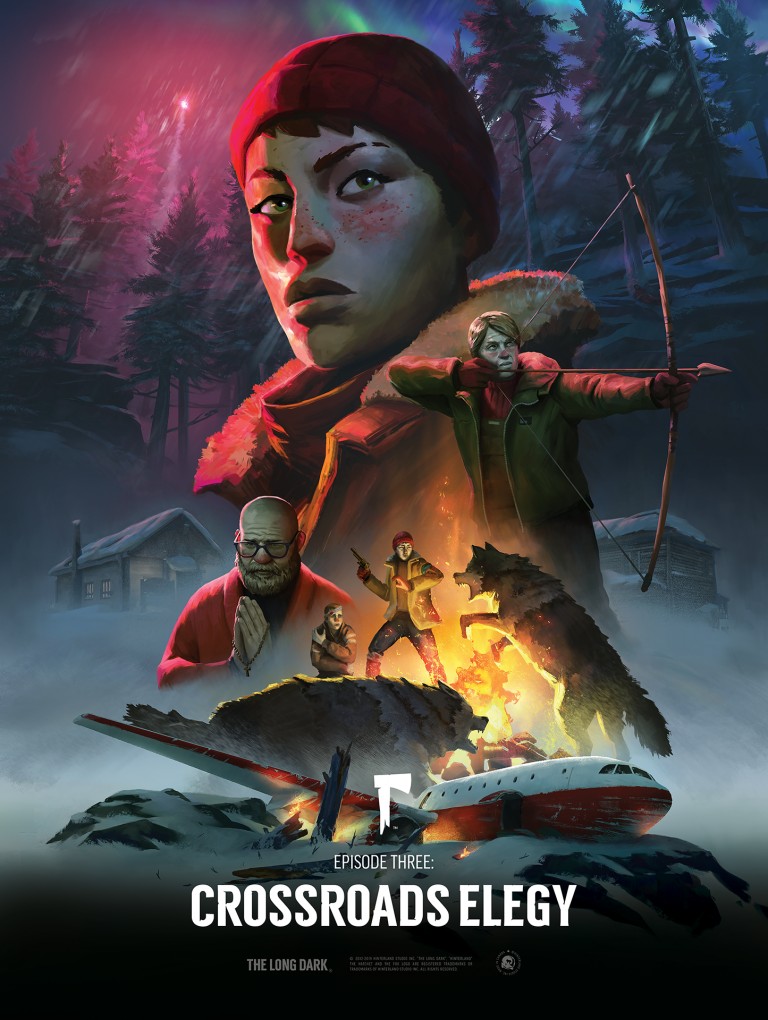 First, anything in Episode Three is likely (not guaranteed) to make it into the next Survival mode update, so I’d expect to see Timberwolves make the jump. This is based on the poster for Episode Three clearly showing Timberwolves prominently. We also see Astrid holding a Revolver, but that’s been in the game since the Steadfast Ranger update.

While we’ve also been told previously that Episode Three will take place mostly (or maybe entirely) in Pleasant Valley, a current region in The Long Dark, there are buildings in the Episode Three trailer that are not in the game now. Now, Pleasant Valley might be getting a bit of an overhaul the way Mystery Lake did a couple of years ago, or we’re looking at footage from a new region that we can reasonably expect to be in the December Survival mode update.

This, of course, is all speculation, and we’ll learn more when Hinterland Studio wants us to know more, but it’s fun to guess and try to put the pieces together. Until we know more, though visit, The Long Dark on Guide Stash to read all our content, including top-level guides, to help you survive the night.

Timberwolves Coming to The Long Dark in Episode 3