Bungie has big plans for Destiny 2 after freeing itself from the shackles of Activision. The first installment of these plans comes in the form of the Shadowkeep expansion. While it’s neither the largest nor best expansion in the franchise, it may, in fact, be one of the most important ones to date.

Something’s Strange about the Moon 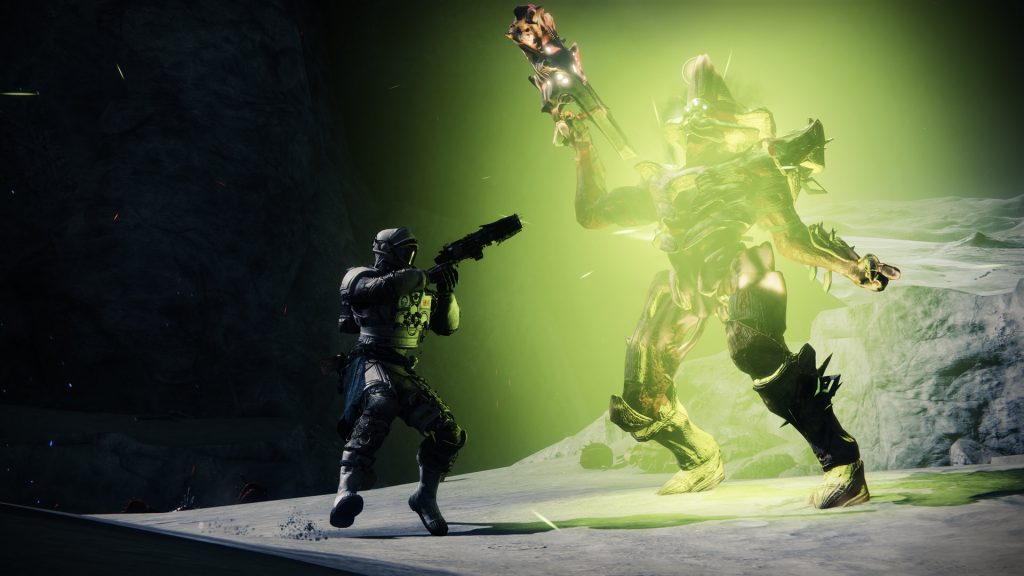 The relatively short story does set the stage for a future conflict while reminding us where we’ve been so far.

From a story perspective, Shadowkeep does nothing to continue or solve the issues Guardians have been exploring in the Dreaming City of Forsaken. Instead, they are tasked to investigate strange events on the Moon. Eris Morn makes her first appearance in Destiny 2 and has stirred up some trouble. The return to the Moon certainly brings back memories for veteran Guardians, and Bungie capitalizes on this brilliantly.

A new dark power known as Nightmares has arrived, haunting Eris and everyone else with nightmares of their past. This provides Bungie with an excellent way to resurface previous storylines and allows players to have several “Oh yeah! I remember this!” moments. For someone like me that has invested countless hours, not just in-game but also reading about the lore of the Destiny universe, these moments bring a massive smile to my face.

The campaign, reminiscent qualities aside, isn’t very long, however. In true Destiny fashion, it leaves players with more questions than answers. It does start to bring together a variety of disparate story threads, however. The strange experiments by the Drifter, the problems in the Dreaming City, secrets of Eris Morn and the Moon, and more, are all being placed on a collision course. That’s exciting for players who enjoy the lore and content in Destiny 2 the most. Undoubtedly, future content updates will expand on these foundations being laid here, and it’s clear that Bungie has a lot more story to tell. The one complaint I have about this storytelling is the same that it has always been: You must seek the knowledge by yourself. Destiny 2 has never made it easy to get a good understanding of what’s going on and has pushed the onus on the player to read lore entries or even venture to expert communities like the DestinyLore subreddit. As I get older (read: lazier), I do wish more of this excellent lore would be accessible and at the forefront of the game.

Season of the Undying 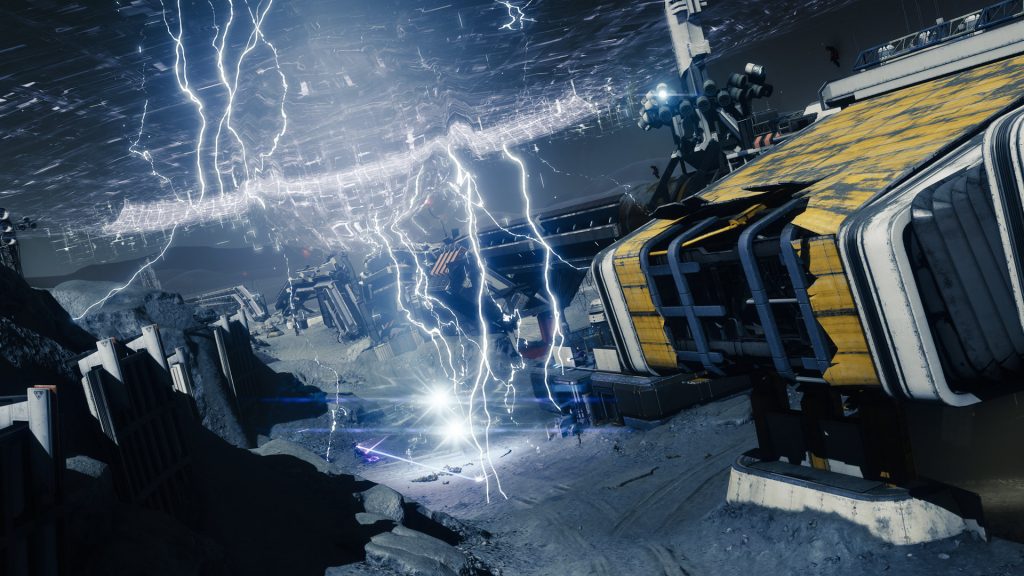 The Season of the Undying associated with Shadowkeep’s release is all about the Vex.

Times can be a little confusing at the moment in Destiny 2. There is a strange mixture of veterans exploring the nooks and crannies of the Moon in search of secrets, while brand new Kinder-Guardians are taking their first steps in Destiny 2: New Light. Add in the new Season of the Undying, which has kicked off alongside Shadowkeep’s launch, and things get even more convoluted.

Don’t get me wrong, this is all mostly excellent content, and adds value to a game already chock-full of things to do. In the Season of the Undying, the Vex are invading the Moon, and alongside the new raid, there is a new matchmade activity. Vex Offensive lets six players band together to defeat waves of Vex in search of loot. To be frank, this activity gets boring after a few runs. It’s not particularly exciting and the mechanics are basic, but it does offer a reliable path to get at particular gear. Ikora Rey sells new bounties (for yet another set of currencies), which can then be redeemed in the Vex Offensive game mode for specific weapons. I am glad that Bungie is continuing to create more opportunities for players to target specific gear and reliable roll it by participating in the grind. But it still is a grind.

In true Destiny fashion, the new Vex content doesn’t seem to be particularly related to the Shadowkeep content, but such is life in a world of different levels of access for players. The season does also add a Season Pass of rewards, again with different paths depending on what you paid for, but it also provides a predictable way to get specific items or upgrades. 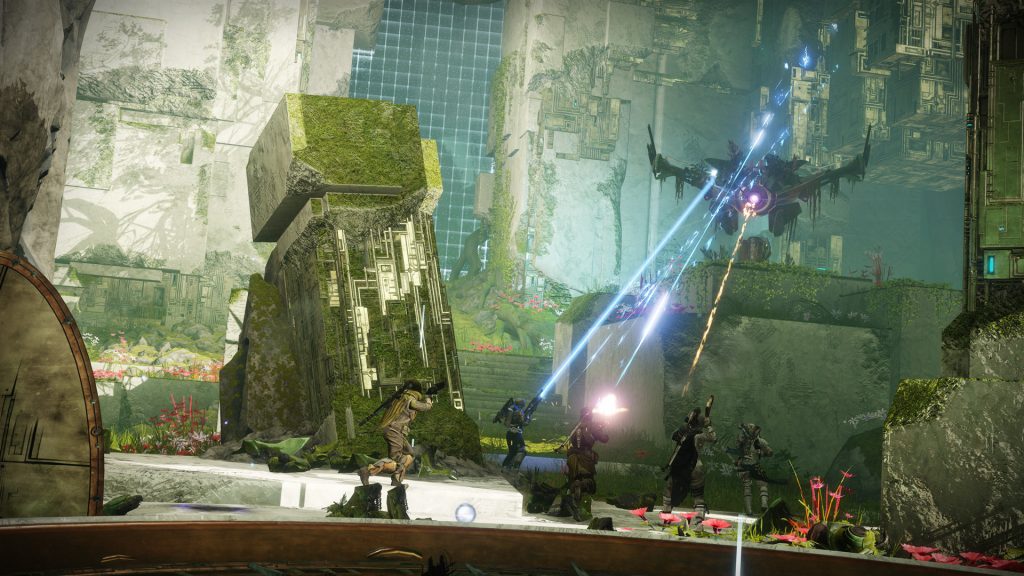 The new Vex Offensive mode is exceptionally generous with loot, perhaps too much so.

A significant change Bungie will be making from this point forward is that seasonal content will be retired at the end of each season. It only makes sense that maintaining content that is continually growing in scope will eventually become unsustainable. So while certain activities such as the Vex Offensive mode will likely disappear at the end of the Season of the Undying, new content will take its place. This may breathe fresh life into Destiny 2 regularly. Spring cleaning, after all, is very mentally beneficial. 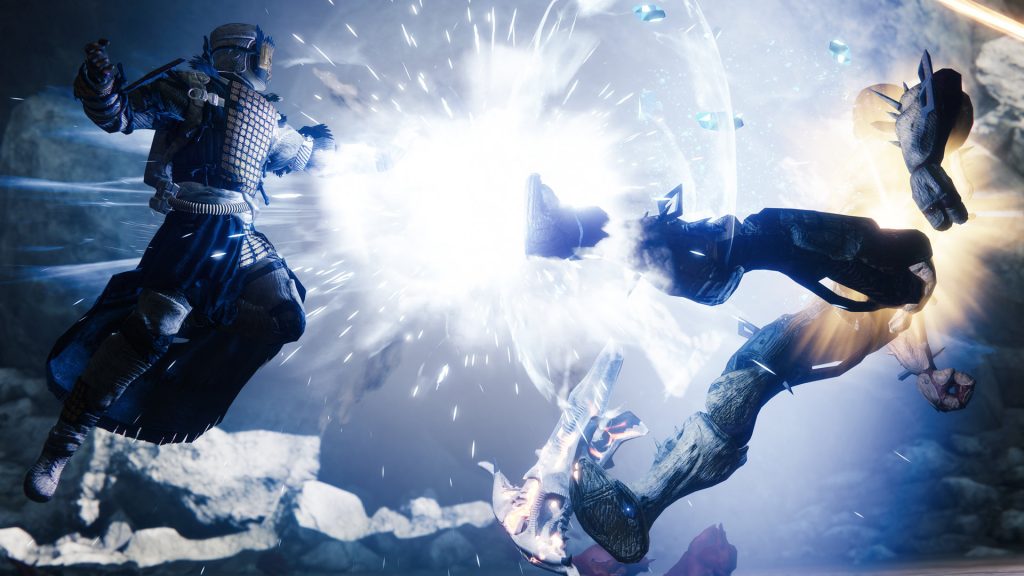 Destiny 2 has always been light on the RPG component of the MMORPG genre, but signs of growth are showing.

Shadowkeep and the Season of the Undying also bring Bungie’s first steps into moving Destiny 2 closer to the traditional definition of an RPG. The Armor 2.0 system gives players much more direct control over their character’s configuration, and the entire system is more accessible to users and more predictable. Along with that, some growing pains are to be expected, and the lack of changes to weapons and generally stale loot pool, still present some challenges.

I think it’s fair to consider Destiny 2 to be in a puberty-esque stage of RPGdom at this time. These changes Bungie is planning aren’t small and will have broad impacts on its game. Consequently, they must take their time with these changes, and likewise, we players need to give them a bit of leeway.

Overall, Shadowkeep adds to the good parts of Destiny 2 and expands it in many positive ways. There are still many grindy features that can be annoying, but as one of my fireteam members likes to put it, Destiny 2 is best enjoyed in small but regular doses. I can’t wait to dive into the new raid and see if it’ll provoke further good memories of the Black Garden, or if it will continue the recent and unfortunate trend of overly convoluted mechanics.

Note: Even though listed as a review, these are merely unscored first impressions of my time so far with Destiny 2: Shadowkeep.

Bungie to Fix Mass Deletion of Resources in Destiny 2