One of my earliest stops on the official first day of Pax West 2019 was to check out Stranded Sails, a self-described open-world exploration and farming adventure by Lemonbomb Entertainment and being published by Rokaplay and Merge Games. Now, if the combination of being stranded on cursed islands, open-world exploring, and farming intrigues you, you’re not alone. Stranded Sails is currently in development for PlayStation 4, Xbox One, Nintendo Switch, and PC via Steam.

An Open-World Exploration and Farming Adventure

The story of Stranded Sails places you aboard your father’s exploration vessel which has shipwrecked on a mysterious archipelago. It’s your job to assist the crew to establish an outpost and gather supplies to survive. Your tasks will range from exploring the islands using a rowboat and your father’s spyglass, to fetching materials, and tending crops.

Roman Matuszczak from Lemonbomb walked me through the initial steps of getting to know your crewmates, their various roles on the island, and how you find your place among them. There’s more to do than just watering plants, as you’ll be able to discover a large variety of recipes, blueprints, and even spices that will provide special buffs for your character.

Throughout the day, and night, you’ll have to keep an eye on your energy meter, which can be refilled by eating the delicious foods you cook up, or by having an apple from the never-ending pile at your base camp. There are even fishing options available once you get your hands on a fishing rod. The survival elements in Stranded Sails are light and not aimed to punish, in fact, quite the opposite.

A Small Dose of Relaxation

Lemonbomb Entertainment wants Stranded Sails to be approachable and enjoyable by everyone. Yes, there are secrets to find, mysteries to solve, but the focus is on learning skills, blueprints, discovering all the recipes and fish to catch, you know, “fun for the whole family.”

The art style is cheery and bright and the emphasis is on enjoyable gameplay instead of tense, anxiety-inducing moments. Even though there is combat present in the game, it’s only by direct intention that you will have to engage in fisticuffs with mysterious spirits inhabiting the islands. This means that unless you specifically trigger combat, you’ll be able to explore quite freely. Should you happen to run out of energy, either by wandering around without food for too long, or being smashed to a skeleton’s sword that’s twice your size, you’re returned to the main camp, no worse for wear. 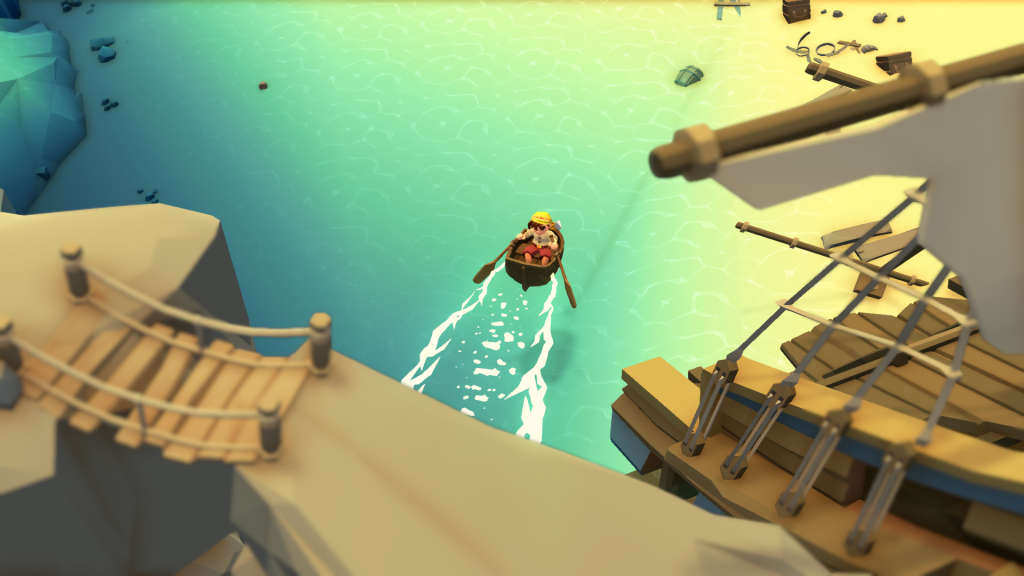 Stranded Sails is scheduled for a Fall 2019 release and you can wishlist it on Steam right now. For those eager to try this new take on a relaxing, survival, exploration, and farming genre, you’re able to try a special free prologue sometime before launch by signing up for the mailing list. If you’ve been itching for a less intense, fun for all, story-driven, quest-based exploration game that lets you fish and farm, then Stranded Sails should fit the bill.

For more of what we’ve been playing in Seattle so far, visit our Pax West 2019 page.