If you’ve ever wanted to build out a colony on Mars, complete with realistic technologies and real-life scientific principles, then Per Aspera may already be on your radar. The upcoming sci-fi simulation by Tlön Industries and Raw Fury puts the player in control of artificial intelligence designed to terraform Mars for human inhabitation. To do so, you will need to exploit the planet’s resources and build up a production chain required to house arrivals from Earth. 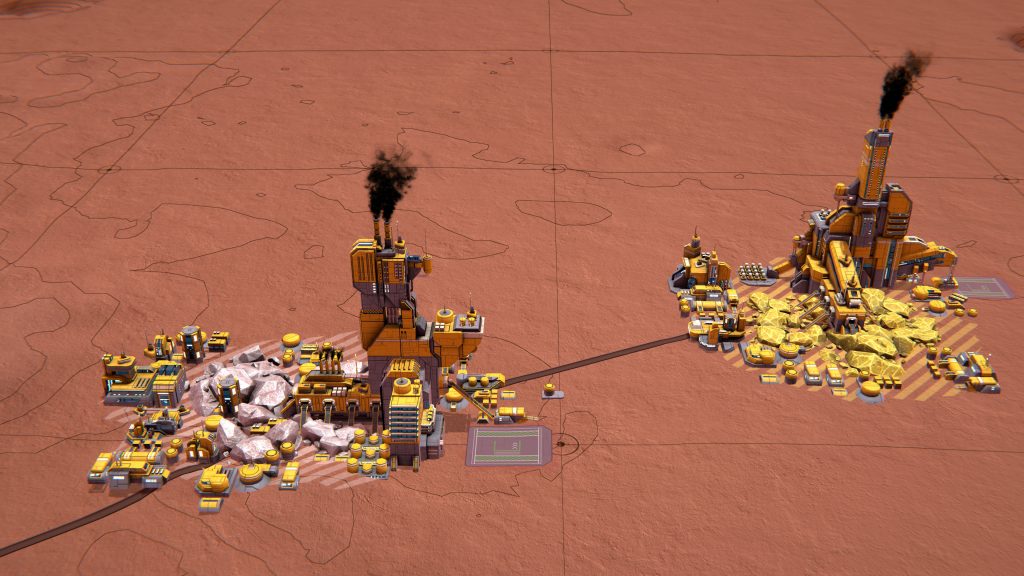 Mars, complete with landmarks and left-over technologies from previous exploration missions, has been modeled based on NASA’s real-life data. The demo we played featured the sandbox game mode, which will allow players to use all the technologies and mechanics of the story mode without the need to adhere to any specific mission objectives.

We began by constructing basic mines to extract a variety of resources from the planet’s surface. Iron, chemicals, silicon, and more are required to build the vital parts needed to support life on the red planet. Per Aspera follows a very logical pattern of input and output requirements in its production chain. The user interface makes it very easy and clear what is required to produce a specific item. Each output will feed into another piece of the chain, eventually allowing you to create complex structures such as a spaceport and outposts for arriving settlers to live in. 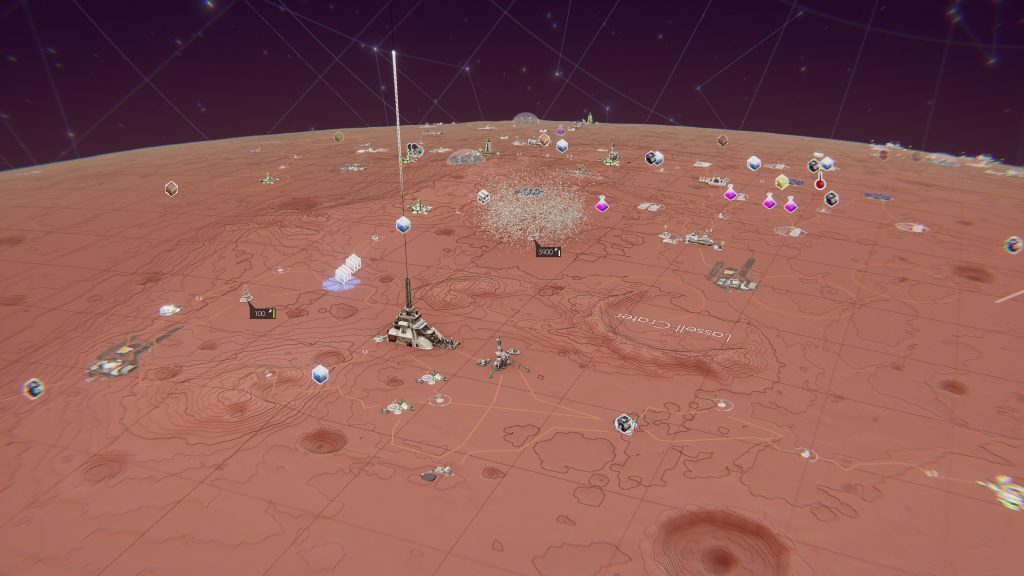 Throughout the mining, production, and construction process, Per Aspera provides the player with several helpful overlays, called Lenses. These provide a glance at potential choke points or problem areas in your attempts to terraform Mars. More buildings require more power and resources, which requires more maintenance drones, and worker bots to build upgrades and expansions. You will have scanning stations slowly scanning unexplored sectors of the planet, discovering old technologies and other mysteries during all this time. The demo we played showed some of these areas but did not have them fully implemented.

During my time with Per Aspera, I found the interface to be very helpful in optimizing my production pipeline. The ability to prioritize certain outputs over others allowed me to focus on getting a task accomplished quickly. The sandbox mode was certainly enjoyable and accompanied by an excellent music backdrop, but I am most looking forward to Per Aspera‘s story mode. 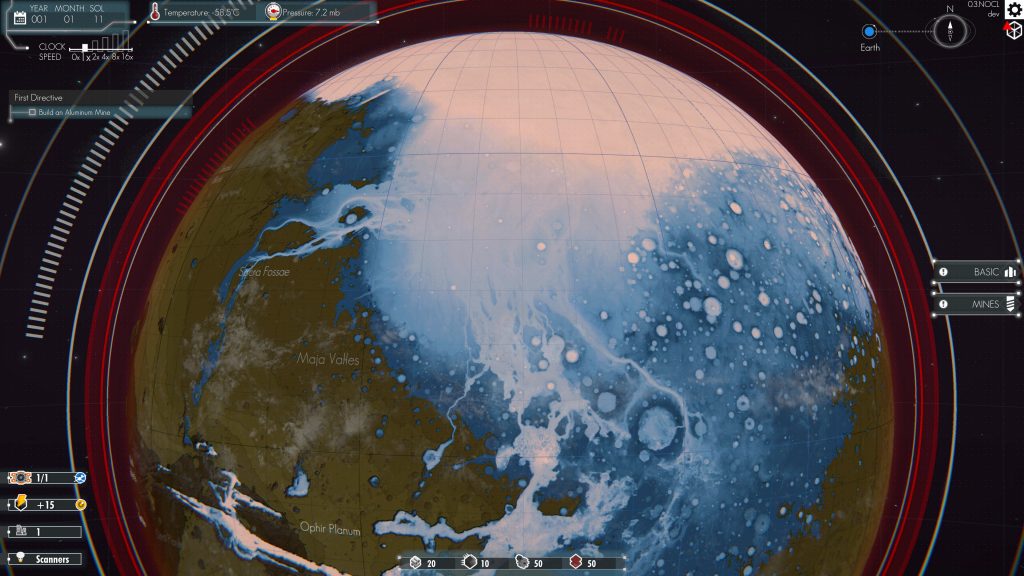 I can’t wait to see what mysteries and challenges lie ahead on Mars when Per Aspera releases on Steam later this year.