While at Pax West 2019, we had a chance to go hands-on with Marvel’s Avengers and talk to Crystal Dynamics Head of  Studio, Scot Amos. We already shared what we learned about how you’ll be playing the game, both in single-player and co-op modes. Now it’s time to dig into what we know about gear, perks, and the overall progression systems of Marvel’s Avengers.

“Embrace your power” is the key tagline that Crystal Dynamics and Square Enix are using to promote how players will be able to customize and grow their superhero characters. Each hero has their own unique set of skills that are unlocked via a pretty typical skill tree mechanic. As you play with your heroes, you unlock skill points and then spend them to unlock new skills. These skills range from some classic variants you’ll be familiar with from the comic books and movies, to entirely new skills designed by the Crystal Dynamics team. Talking about Ironman’s skills, Scot Amos described the following possible scenario:

You can decide how deep you want to go in these different skill trees. The rocket ones, for example, if you go deep enough, suddenly you can have lock-on rockets and wave my arm around, lock onto multiple enemies, and fire off rockets, but then seamlessly, with the D-pad, I can switch to the lasers, get up there and do a quick laser swipe. Then I can actually switch to my repulsors and go back to a range attack and some of the cool stuff that Tony does.

Each hero also has Heroic Skills, supers or ultimate abilities of a sort. During the demo, we saw Ironman use his Unibeam and Hulk deal large amounts of area of effect damage via Thunderclap.

The idea of Intrinsic skills and more depth was also teased, though no further details were made available at this time. It’s clear, however, that Crystal Dynamics really wants players to be able to customize their heroes to every little detail. 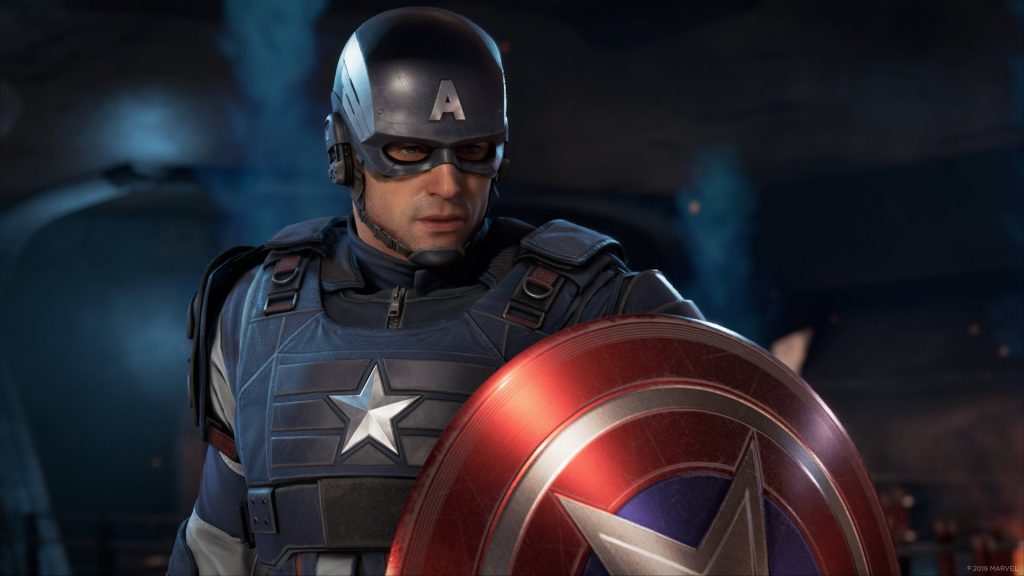 All heroes can also be customized via the type of gear and outfits they wear. All cosmetic outfits are kept separate from the gear and the perks it provides. This means that you’ll be able to choose your heroes’ appearance without having to sacrifice the exact build of gear you desire. As a side note, some of the outfits will be available through open-play, but some will definitely be available only via the marketplace, i.e. micro-transactions.

Gear is earned through playing Hero or Warzone Missions, and when asked whether players will have to grind to get a certain gear item, Scot Amos’ answer was “it depends.” Some gear will be rewarded after completing certain tasks, and this lineage will be made very clear. There will be an element of randomness to cosmetic drops and to keep things interesting. The difficulty of missions will also impact what rarity of gear items may drop as rewards.

Marvel’s Avengers also appears to feature a fairly complex resources system which we saw during the demo but weren’t able to get an answer about how it functions exactly. It appears that certain resources may be required to unlock perks on gear items. Again, the rarer the gear, the better or greater the number of perks available.

Even during our short time with Marvel’s Avengers, it became that Crystal Dynamics is building a skill and gear system aimed to provide many options and variables. Not only will players be able to min/max their heroes, but it should also provide some variety when comparing your particular build of a hero with that of your friends.