One of our most anticipated stops here at Pax West 2019 was with Crystal Dynamics and Square Enix. We got to go hands-on with Marvel’s Avengers and listen to Head of Studio Scot Amos provide further details about just how we’ll go about reassembling our favorite roster of Avengers.

Marvel’s Avengers isn’t just a copy of what has been showing in theaters for the past several years. At the very top of the briefing, it was made clear that while the heroes are familiar, this is an entirely original story.

“This is not the game of the movie. This is not licensed from one particular piece of any fiction. This is what’s next for Avengers. This is us taking 80 years of history. Everything from the last 10 years of the movies, all the comic books, TV shows, and saying, hey, we want to do something that’s original. We’re going to do our own take, our own lens, our own way of saying this is where we want to go with these heroes.” – Scot Amos, Head of Studio, Crystal Dynamics.

Most of what we’ve seen thus far of Marvel’s Avengers has been from the official trailer, showcasing the events of A-day, a celebration turned nightmare, which results in the disbanding of the Avengers. At Pax West, behind closed doors, we were able to play through these events in a tutorial mission that gets players familiar with the game’s mechanics and its heroes.

Years after the opening scene of Marvel’s Avengers, players will take on the task of reassembling the roster of heroes. Your base of operations is a reclaimed helicarrier from which you launch all your missions. These activities break down into two major types; Hero Missions and Warzone Missions.

In short, Hero Missions are the single-player campaign missions in Marvel’s Avengers. It is here that you will reassemble your team, unlock further Hero and Warzone Missions, and do anything typically associated with a traditional campaign. Each Hero Mission is focused on a specific hero who you control throughout that mission.

Again, in the simplest terms, Warzone Missions are where you squad up with your friends for co-op matches. A total of up to four players can combine their hero rosters and beat up on the bad guys. Exactly how these co-op arrangements will work out, is yet to be revealed. Warzone Missions can also be played entirely solo and will scale in difficulty and rewards accordingly. There are different types of Warzone Missions, though we’ve yet to learn what the differences are. For example, there are missions that relate to one of your heroes that will expand the narrative further or help develop those heroes’ backstories.

All Progress is Shared

An important aspect of this two-pronged mission type approach is that no matter what type of mission you choose to play, you’ll be making progress and gaining experience for your roster of Avengers.

So if you’re playing Hero Missions and then you go to a Warzone or you go from a Warzone back to Hero Mission, as long as you’re moving your character forward, you keep getting that progress saved and shared across all that. 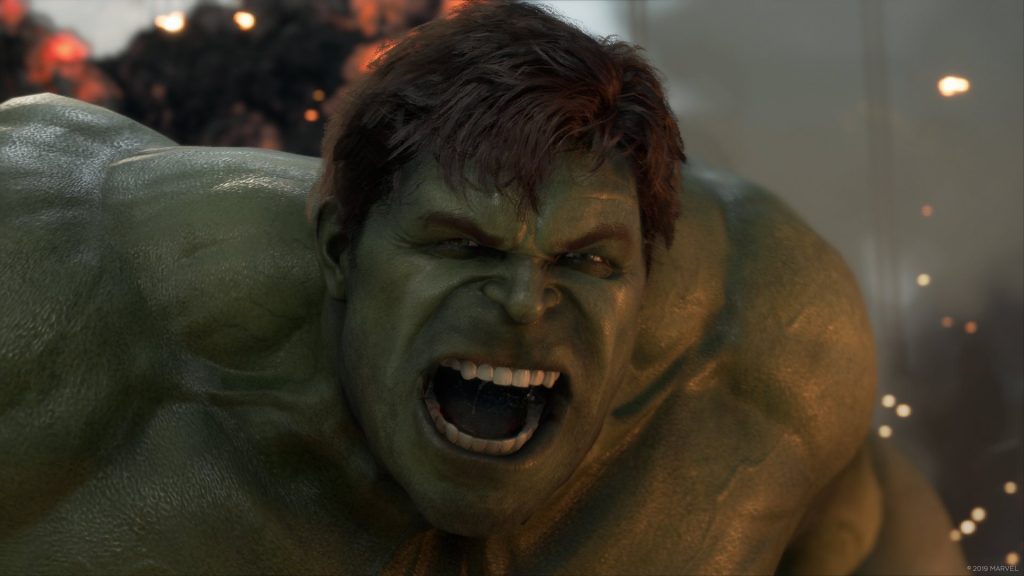 There’s a lot more to come from Crystal Dynamics when it comes revealing how co-op works. We can expect to find out much more detail early next year. Marvel’s Avengers is scheduled for release on May 15, 2020, and a beta will be held sometime before then. You’ll have to pre-order the game to be guaranteed a spot and PlayStation 4 owners will get a seven-day headstart.

Stay tuned for more of our Pax West 2019 coverage, including some upcoming info on how gear, perks, and skills will impact your Marvel’s Avengers heroes.