Lab Zero and 505 Games showed up at PAX West with their long-awaited RPG title Indivisible. Guide Stash had special hands-on with this upcoming RPG and had a blast learning what Indivisible is all about.

On July 2, 2015, Lab Zero Games announced they were working on a new RPG title named Indivisible. Indivisible is a platform-style action RPG. The story follows a girl by the name Ajna who embarks on a journey to discover the truth behind her mysterious power.

Ajna is joined by other unique heroes as she gains new abilities, defeats enemies, and traverses to different environments. Indivisible is heavily inspired by Southeastern Asian mythology among other cultures. 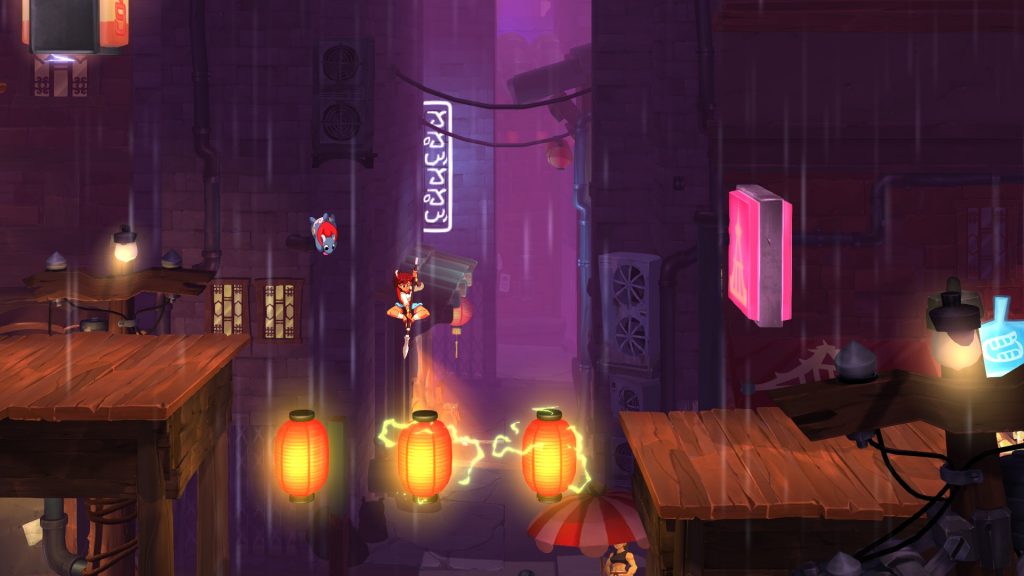 I had never heard of Indivisible before PAX West, so I wasn’t sure what I was getting myself into. All I knew was that Lab Zero and 505 Games were involved, so it was going to be something good. To my surprise, I was really in for a treat with the world and story of Ajna in Indivisible.

The level 505 Games had set up took place in a sprawling town where you were able to explore some of Ajna’s powers. One power, Demon Sprint, let Ajna break through doors and walls to gain access to other parts of the level.

Along the way, you would run into enemies that you could either avoid or confront by walking up to them. The controls for combat were straight forward. Each character had one button assigned to them that made them attack. This turn-based combat was easy to master and if done right you could chain combos.

The rest of the demo was set up to showcase Ajna’s ability with her spear, ax, and bow. The spear could be used to propel yourself higher to another part of a level and with the help of your trusty ax, you could dig into the wall.

One portion of the demo I was tasked with using my spear as a pogo stick to get across a gap. This was difficult at first, but after failing a few times, I was able to bounce from one platform to another with no problem.

The biggest thing I enjoyed about Indivisible was the anime art style Lab Zero went with. The art style is very reminiscent of Skullgirls and has that heavy anime influence. I really enjoyed that and it really caught my eye as Indivisible could easily be an actual anime series.

Fans of Skullgirls will really enjoy Indivisible and won’t have to wait much longer as it will be released on October 8, 2019, for PlayStation 4, PC, Xbox One, and Nintendo Switch. Don’t forget to check out the rest of our PAX West 2019 coverage.