Astroneer has become one of our favorite open-world exploration co-op games and we found out at Pax West 2019 that the best is yet to come. Alongside Gearbox Publishing, System Era Softworks announced that Astroneer will be released on PlayStation 4 on November 15. Not only will there be a few PS4 only options for players, but a full physical release is also happening. In addition, existing owners of Astroneer will receive a free content update entitled the Explorer Update on September 4.

The PS4 release will feature all content available for Xbox One and PC, in addition to a new PS4 exclusive suit and visor. Special pre-order perks include a PS4 theme which features some of the game’s soundtrack.

“The curious minds exploring, terraforming, and unearthing every corner of the Astroneer galaxy make for a collective pioneering spirit echoing that of space travel itself,” said Joe Tirado, Communications Director, System Era Softworks. “We are thrilled for PlayStation 4 pioneers to join this universe and share amazing stories from the stars.” 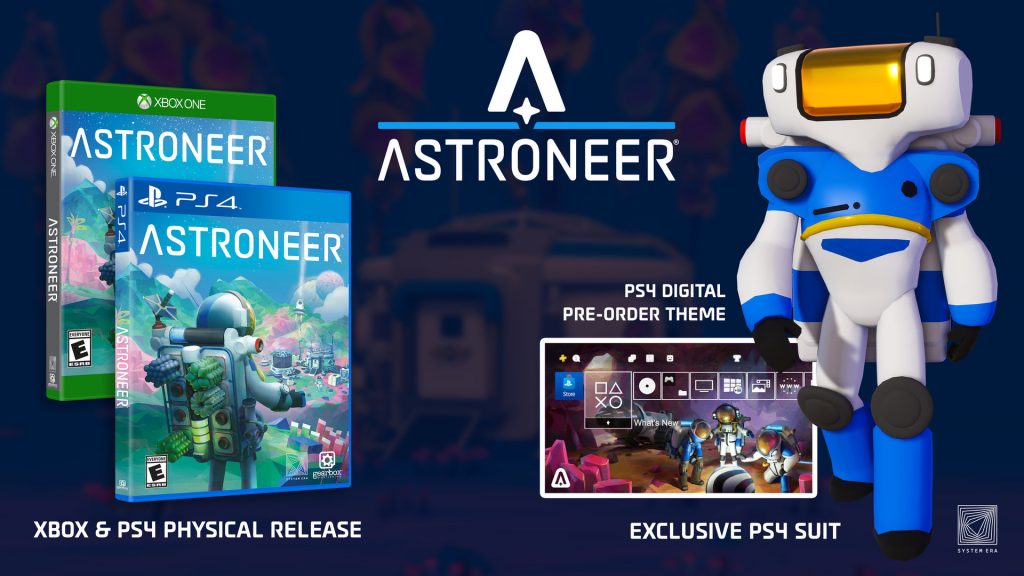 Astroneer will be available on November 15 on the PlayStation Store and select retail stores. More details on the physical release are pending but you can pre-order the digital version immediately.

For those of us already out there, exploring and pioneering space, Astroneer is about to get a lot more fun and safe to adventure out in. On September 4, System Era Softworks will release the new Explorer Update. Free to existing owners on PC and Xbox One, this update adds the long-awaited jetpack and jump-jet, along with some support tools to help you travel further than ever.

The new jetpack lets you traverse vast distances more quickly than ever before, and also in a much more stylish fashion. Provided, that is, that you’re good at flying. We gave it a shot at Pax West and it’s clear that we’re going to need more practice. 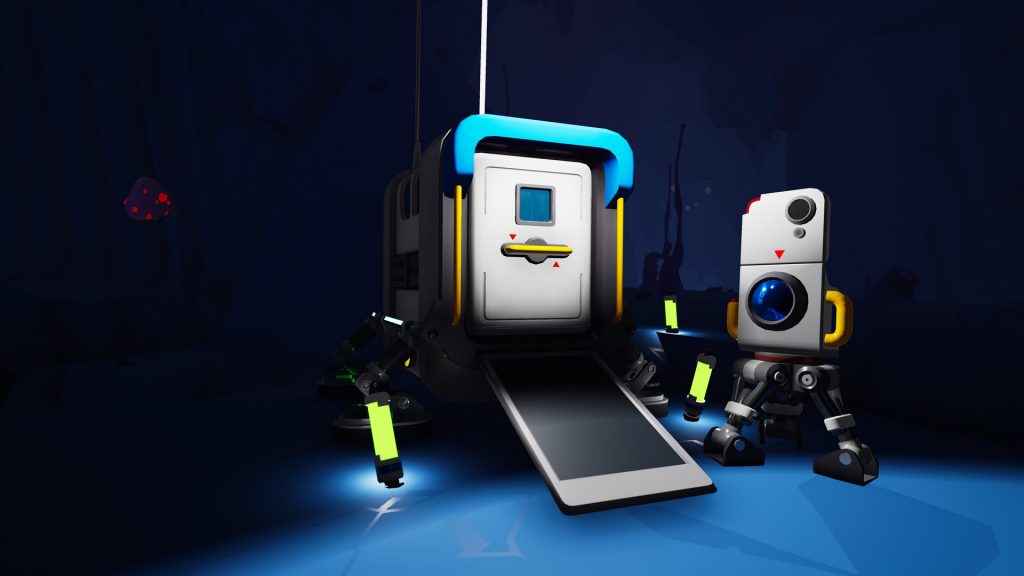 Another new item will help you be braver when it comes to exploring new and far away areas. The Portable Shelter can easily be stored on your backpack and deployed anywhere you like. It works similar to your main base’s shelter by providing power, oxygen, and a spawn point should you venture to your death.

Several new items are aimed at providing entertainment to your brave pioneers. There’s a selfie camera that can be deployed and trigger via a timer to provide plenty of opportunities for you to pose in front of your favorite asteroids or the biggest hole you’ve ever dug. There are also new ring structures that can be deployed and when triggered by moving through them, up to three attached devices will activate. We’ve seen this used to set up a jetpack racetrack with fireworks and lights going off at various intervals, but the possibilities are endless.

The Explorer Update for Astroneer will drop on Xbox One and PC on September 4 and the PlayStation 4 digital and retail release is scheduled for November 15.

Horizon Zero Dawn is Heading to PC This Summer