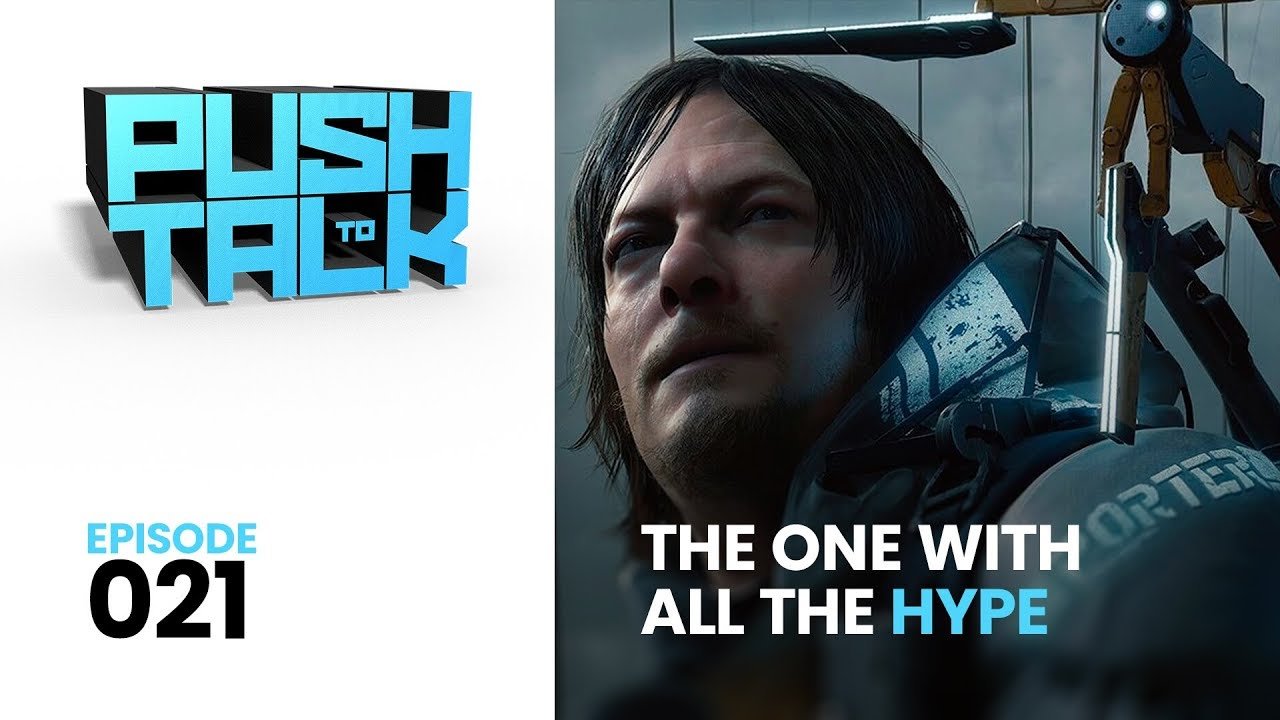 Developer crunch, Kojima hype, and some PR stuff with Persona dominate this episode of Push to Talk.

Welcome to the latest episode of Push to Talk. In our latest episode, The One About Hype, we dig into the latest news about Death Stranding, Joe teaches us about Persona 5 and all the drama there and, of course, it wouldn’t be a week in gaming news if a story about developers working themselves into dust wasn’t making the rounds. The gang also discusses what they’re playing and what they’re planning to play, which gets more depressing by the episode for two out of our three hosts.

Episode 021: The One with All the Hype

Our show kicks off with Bill being the grump that he is, which is 80 percent due to Jan being the grump that he is. Anyway, if you’re wondering who isn’t buying into the Kojima and Death Stranding hype, Bill isn’t. Not that he isn’t hopeful it’ll be an awesome game or doesn’t think Kojima is talented, but he’s just not sure where this god-like status has come from. He’s played Kojima’s games, and he’s just not seeing it.

Jan wanted to talk about the developer crunch that’s been making waves lately. Actually, he didn’t, so we spoke more about Respawn and how they are committed to not overworking their people in the face of Epic overworking their people. It’s a story that we’re all growing fatigued from, but it’s an important thing to talk about and we’ll probably continue in the weeks to come.

The episode ended on a high note with the gang talking about positive things, like video games they are playing and enjoying. Bill is forever stuck in his Destiny 2 loop, which he drags Jan into far too often. Joe is still playing nine games a week and making everyone else jealous, although he probably puts in less time overall. Hopefully, though, our podcast heroes can find time to play something new for the next episode, but we’ll see.