Push to Talk: Episode 020 – The One About PlayStation 5 and Star Wars 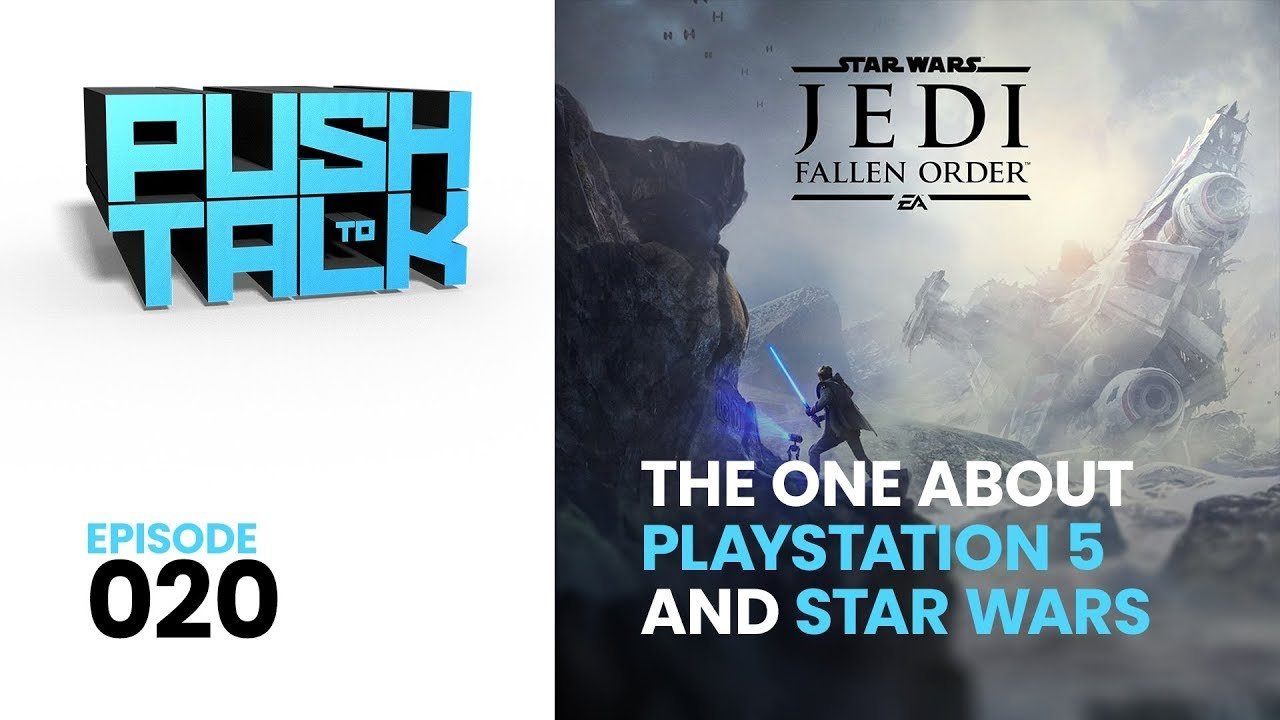 The gang takes a look at the weekly news, including the PS5, Xbox One S All-Digital, talks about what they’ve been playing, and ships things to Canada.

Three weeks back at the podcast game and the gang is starting to feel like they’re hitting a groove. Two months from now we’ll look back and cringe, but for now, Joe, Jan, and Bill are hitting their stride, and a lot of that is probably thanks to an interesting week in video games.

Working our way through this week’s gaming news we discussed the Star Wars Jedi: Fallen Order trailer and release date, as well as the PlayStation 5 announcement, which Bill felt was a bit lackluster. He was thinking of getting an Xbox One S All-Digital Edition until he realized it was an S and not an X, which put that idea to bed rather quickly. The weekly news rounded out with some reminiscing about Notre Dame and how it was cool of Ubisoft to offer Assassin’s Creed Unity for free. Man, that game really nailed the feeling of Notre Dame Cathedral.

As for what the lads played, Jan dipped his toes into Anno 1800 but before he could go for a swim fell back into the puddle that is Destiny 2. Bill tried a new game for once. It was called Unheard and he was okay with it, but not overly impressed. Joe, who likes to play 14 games a week, played World of Final Fantasy, Katana Zero, and beat Celeste in a plane ride.

The episode wrapped up with the gang discussing the best battle music in video games. Bill again had to choose a game based on the fact he only plays a handful of games, and somehow Jan ended up paying to have Breath of the Wild shipped to him so he could play it on his vacation… in June. It was a weird but entertaining episode, and we hope you’ll enjoy it and many more to come.