Push to Talk: Episode 019 – The One About Pirates and Hitmen 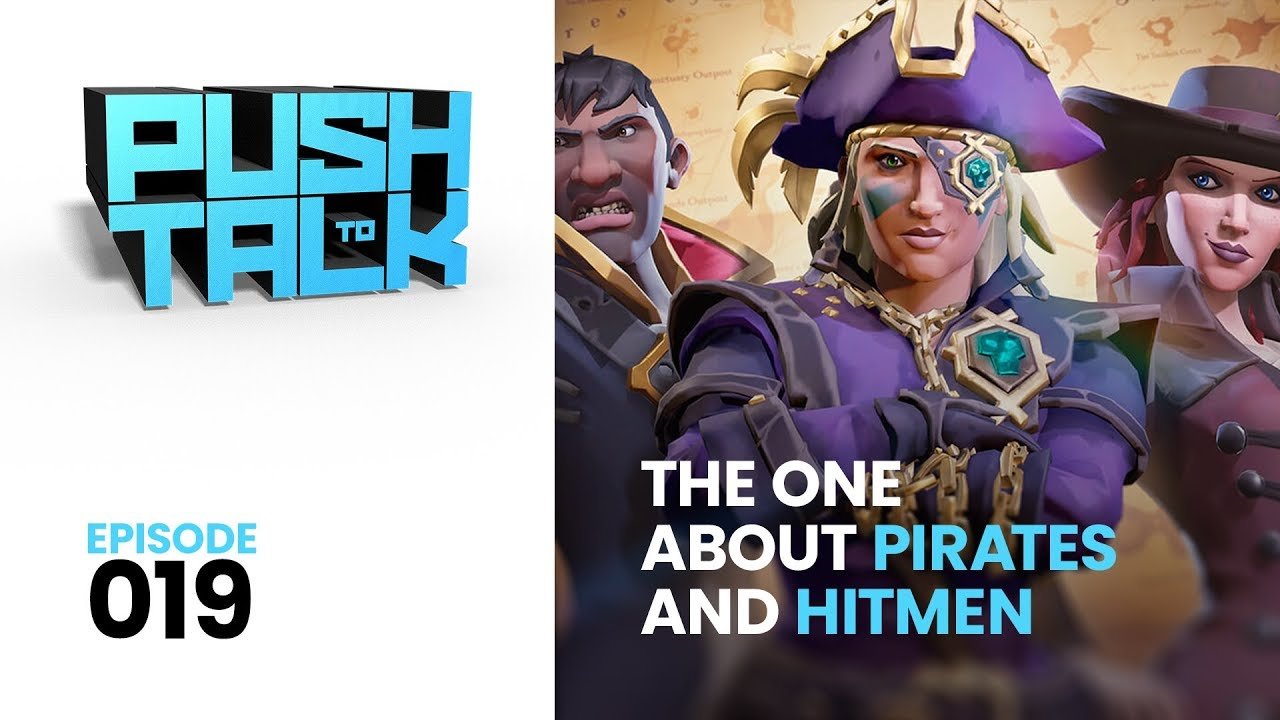 Catch up on the top stories in video games from the previous week, and get your hype hats on for new Sea of Thieves content, Star Wars, and Agent 47.

Greetings, listeners, and welcome to another episode of Push to Talk. This episode is titled The One About Pirates and Hitmen. In it, we discuss a wide range of topics about the previous week in video games and even solve some of Joe’s problems with Hitman (2016).

Rummaging through our list of top stories for the week landed us on the then-upcoming and now previously announced Star Wars Jedi: Fallen Order game from Respawn. We each made a prediction about what the reveal with include, and I’m almost certain we were all incorrect.

In somewhat more disturbing news, a homophobic slur made its way into some artwork in The Division 2, because of course it did. We discussed how something like this could happen and ultimately agreed that no explanation or reasoning could explain this away.

Smoother podcast seas were ahead, though, when the three of us entered a lengthy discussion about Sea of Thieves and the new content update coming out this month. While Jan is looking forward to the story elements, I (Bill) was more interested in going fishing. This led me to recall all the games with cool fishing mechanics, which is reason alone to buy a video game.

Perhaps the best part of the episode (at least for the guy writing this post) was our #PushtoTalk discussion on game difficulty and examples of titles that handled it well. This eventually led to talk about Hitman (2016), which Joe had an awful time with after some incredible gameplay early on. It was ultimately discovered that Joe (unbeknownst to Joe) had not beaten the game but had somehow fallen into a DLC mission that he shouldn’t have been in at the time. Anyway, Joe’s faith in Agent 47 was restored and all is well in Hokkaido.