Ubisoft revealed a handful of new gameplay footage for some of their biggest titles during the first ever Ubisoft Forward digital conference on Sunday. During the livestream presentation, Ubisoft showcased new gameplay as well as the release date for Watch Dogs Legion, which will be coming to consoles and PC this fall.

Watch Dogs Legion will release for Xbox One, PlayStation 4, Stadia, and PC on October 29, 2020. The game will also release for PS5 and Xbox Series X when the next-generation consoles arrive later this year.

In Watch Dogs Legion, players have the unique opportunity to play as a multitude of characters, rather than as a single protagonist. The game uses the innovative “Play as Anyone” gameplay system coined by Ubisoft Toronto. Throughout the game, players must recruit new members from the streets of London to join their cause. New recruits become available as playable characters that can be utilized as the player sees fit.

Players can recruit up to 40 characters at a time. Each recruit features their own unique backstory and skill set that can be used strategically to aid the resistance. This gives players the opportunity to tackle situations in different ways. For a look at how the character system works in Watch Dogs Legion, check out the gameplay overview trailer below.

Along with the release date for Watch Dogs Legion, Ubisoft also revealed the game’s special editions. Players looking to get some extra goodies with their pre-order will have three editions to choose from: Gold Edition, Ultimate Edition, and Collector’s Edition. The contents of each edition are listed below. 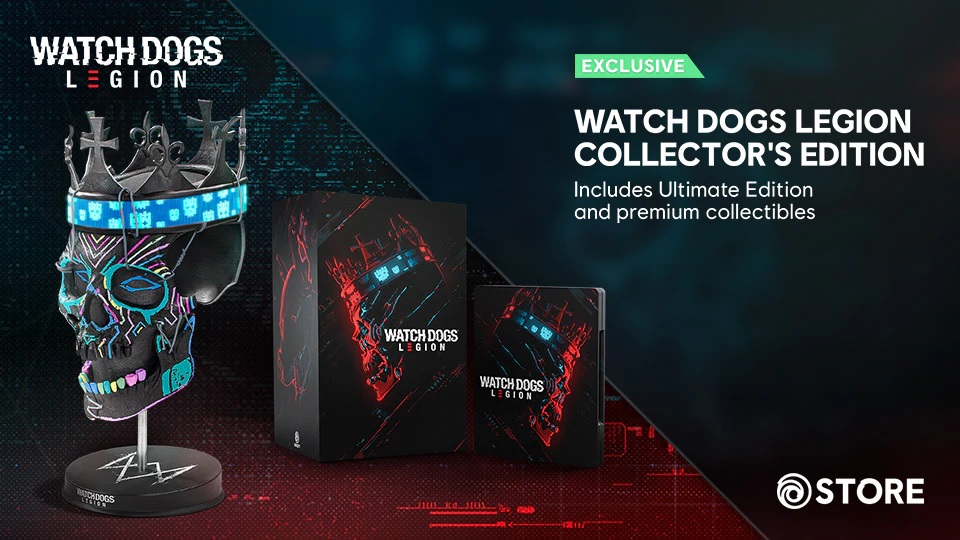 Watch Dogs Legion launches on October 29 for PS4, Xbox One, and PC via Uplay and Epic Games Store. The game will also be available for Ubisoft’s UPLAY+ subscription service. Visit the Watch Dogs Legion website for further details and stay tuned for more updates.