Watch Dogs: Legion will be available to play for free this weekend, according to an announcement today from Ubisoft. The free trial weekend kicks off on Thursday, March 25, 2021 on Xbox One, Xbox Series X/S, PlayStation 5, PS4, and PC via Epic Games Store and Ubisoft Store.

All open-world activities will be available during the free trial, which runs from March 25-29. Both single-player mode and the recently released online mode will be available to play as well, albeit with a few limitations. The single-player campaign will only be playable up to the Skye Larsen mission. Although online mode will offer both co-op and PvP options, Tactical Ops will not be accessible during the free trial.

Play Watch Dogs: Legion with your friends for free this weekend and take back London! Get the game for up to 67% off at select retailers.

All progress made during the free trial will transfer over to the full version of Watch Dogs: Legion. Those wanting to purchase the game can get it at a discount for a limited time, as it is on sale across various platforms. Here’s how the sale breaks down, according to Ubisoft: 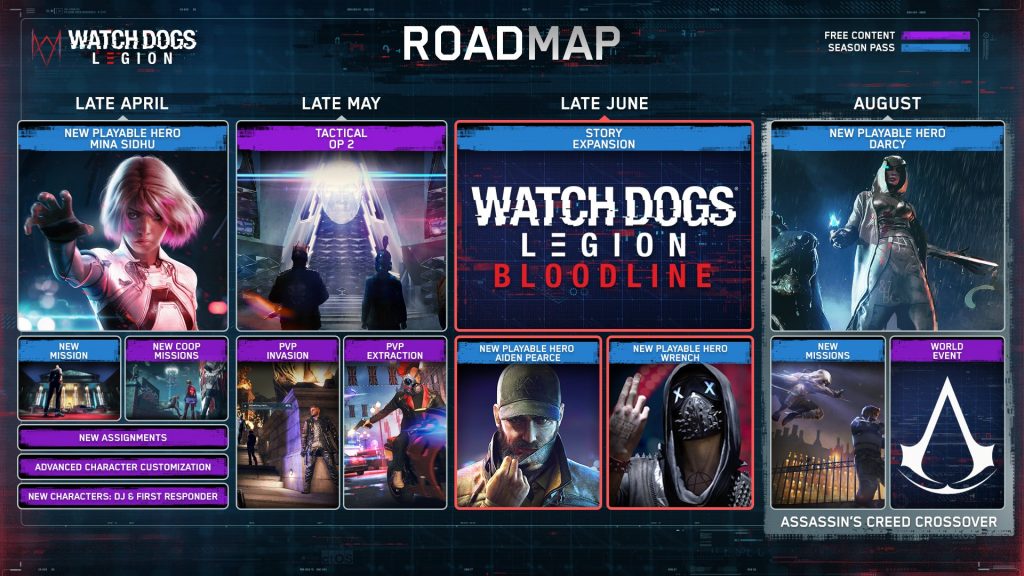 Play as Anyone in Watch Dogs Legion This October

Watch Ubisoft Forward and Get Watch Dogs 2 for Free