When Ubisoft first announced that The Division 2 would introduce a raid to the series for the first time, players were rightfully excited. “Operation Dark Hours” was meant to be released on April 25th, but Ubisoft wisely delayed it to implement several improvements first. Now, however, the time is right, and “Operation Dark Hours” will be playable this Thursday, May 16, at 12 p.m. ET / 9 a.m. PT.

“Operation Dark Hours” is built for fireteams of eight players, pushing the envelopes of traditional raids in comparable games such as Destiny 2.

“Operation Dark Hours will bring Agents to Washington National Airport, controlled by the Black Tusks who are using it to fly in even more soldiers and supplies. Capturing the airport will strike a significant blow to their operations. Players will discover that the technology available to the Black Tusk is even more advanced than what they had to face so far,” says Ubisoft. 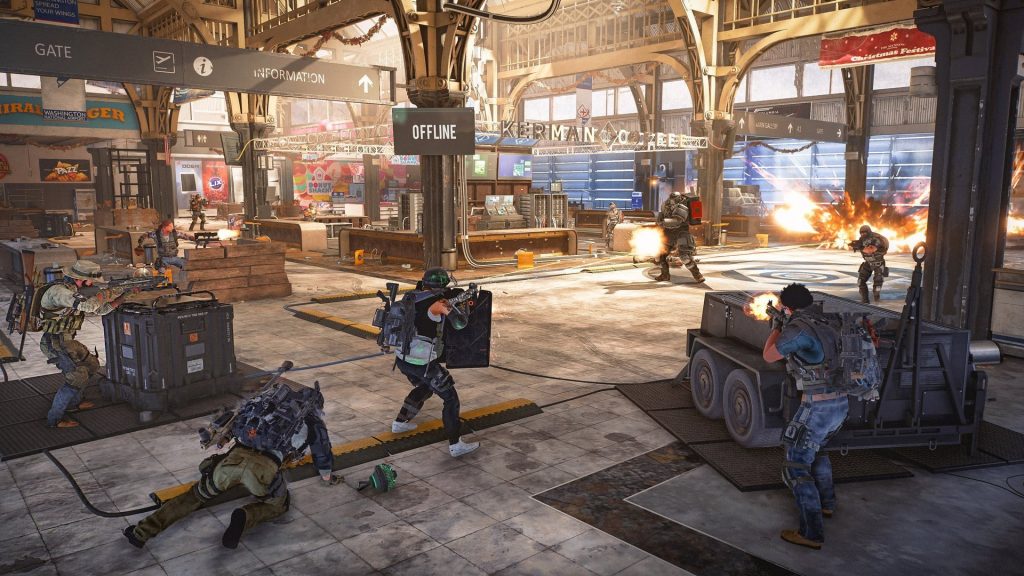 Players will have to overcome many challenges in the new raid. We hope you’ve got seven friends that are geared and ready to roll!

Race to World First and Rewards 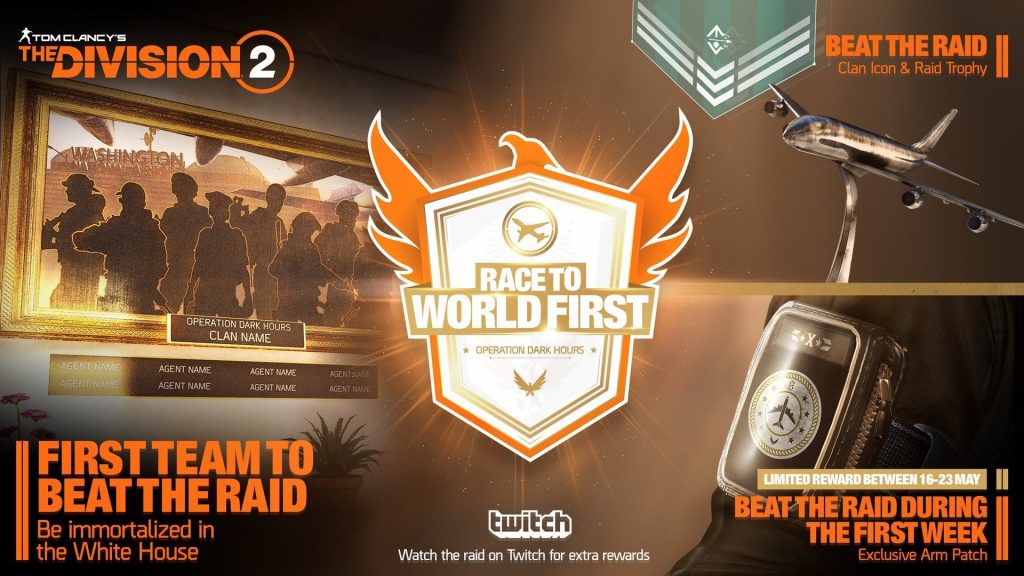 Players who are eager to beat the raid as soon as possible stand to gain some additional rewards. Not only will the team who bests the challenge first be commemorated with a plaque in the White House, but every clan that completes the raid will receive a trophy and icon. Teams who finish the raid in the first week will also receive an exclusive arm patch.

If you’re stuck in the office or just not ready to give the raid a try yet, you can watch on Twitch and earn extra rewards for merely enjoying the spectacle. 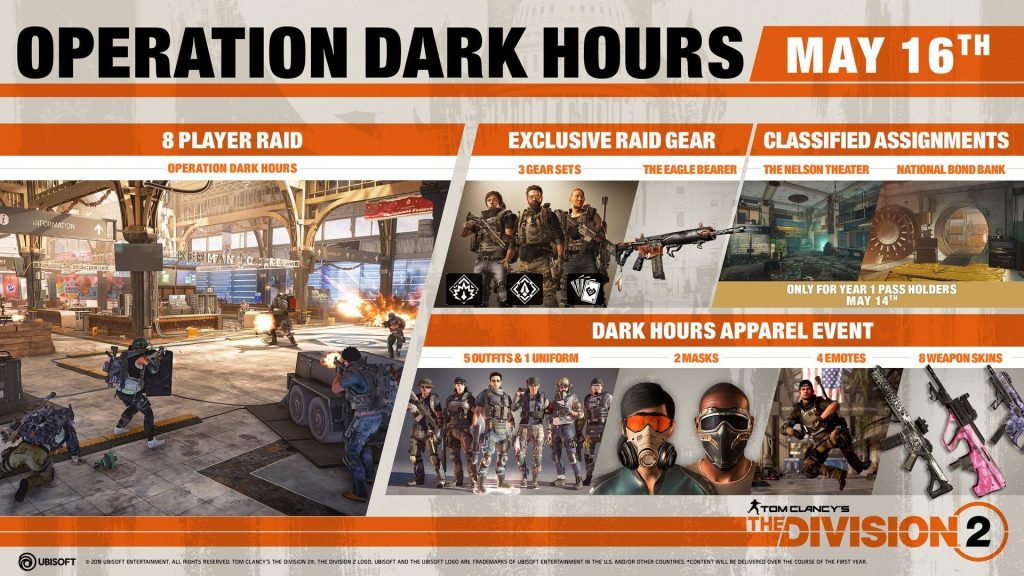 No matter when you attempt the raid, you’ll get a chance at some sweet new gear, including The Eagle Bearer exotic weapon and three new gear sets. To power up your team for “Operation Dark Hours,” two new classified assignments are available immediately for Year 1 Pass holders.

There’s a ton to do here for agents that may have taken a break from The Division 2, and it all begins on May 16 on PlayStation 4, Xbox One, and PC.

Tidal Basin, World Tier 5, and Raid Coming to The Division 2

Tidal Basin Update Coming to The Division 2 on April 5

The Division 2 Review – A Better Than Average Looter-Shooter

All Keychain Locations in The Division 2