The year is 1933, and Adolf Hitler has been appointed Chancellor of Germany. In Through the Darkest of Times, players are tasked with leading a small group of resistance fighters through their daily struggles living under the thumb of the Third Reich. According to the game’s Steam page, your goal is “to deal with small blows to the regime” by disseminating information about the Nazi’s atrocities and recruiting more support for the resistance, all while attempting to avoid getting caught by German military. 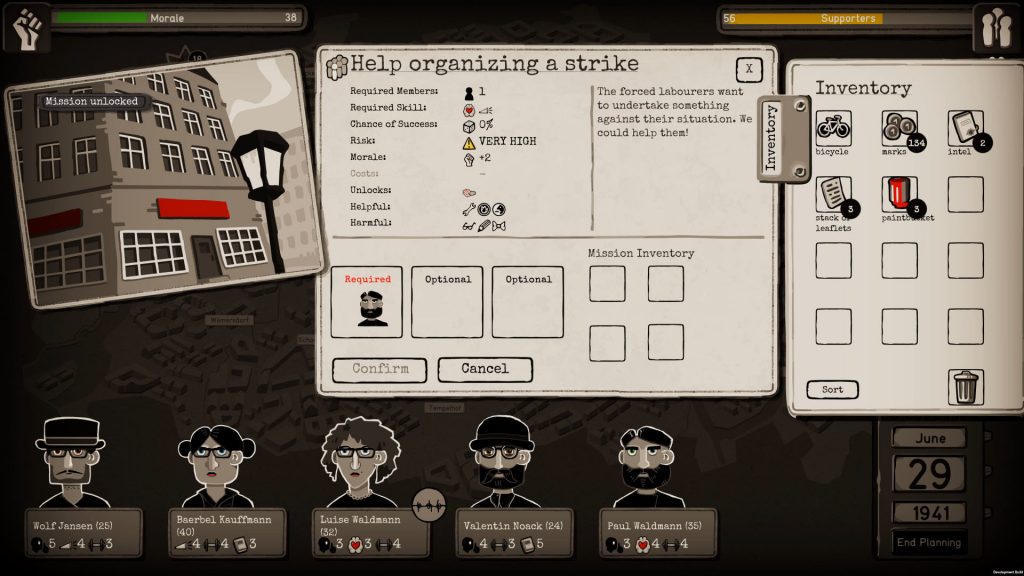 While you won’t be able to change the outcome of history, you will have the opportunity to weaken the Nazi regime in Through the Darkest of Times. The game is composed of four chapters that feature black and white illustrations and an art style reminiscent of 2013’s Papers, Please. Every choice you make can lead to dire consequences, and it’s up to you to decide what risks are worth taking when it comes to thwarting the Third Reich.

Through the Darkest of Times launched on Steam earlier today and is available for both PC and Mac. The game can be purchased for $14.99. Check out the launch trailer below and follow the game on Twitter for more information.