A Weapon Pack 3 release date has arrived for theHunter: Call of the Wild. In a Tweet from the official account, Expansive Worlds announced that the third weapon pack would arrive on August 1, 2019. This should also be the release date for TruMoose. 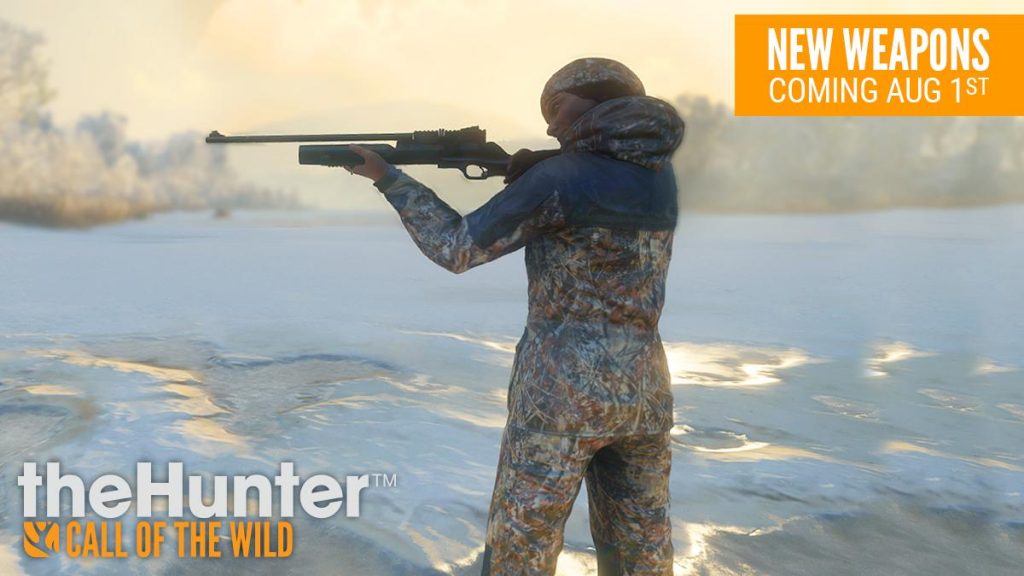 When the Weapon Pack 3 release date arrives on August 1, 2019, it will bring with it three new weapons to theHunter: Call of the Wild. This pack features a .30-06 Bolt Action Rifle, .45 Big Bore Air Rifle and a .22 Semi-Automatic Pistol. While there have been community concerns over where the .30-06 and .45 will fit into the weapon meta, the .22 seems to be a slam dunk for most hunters, allowing them to lower their carry weight and still be able to hunt smaller game while maintaining their Integrity Bonus.

Also expected to release alongside Weapon Pack 3 will be TruMoose, a DLC expected to introduce more realistic antlers for the moose species in the game. The tweet didn’t confirm it would release at the same time, but a developer stream that introduced Weapon Pack 3 all but confirmed this would happen. If it isn’t at the same time, expect TruMoose to drop very shortly after.

On the 1st of August Weapon Pack 3 will be launched on all platforms and will cost €/$3.99. This pack features a .30-06 Bolt Action Rifle, .45 Big Bore Air Rifle and a .22 semi-automatic pistol! pic.twitter.com/aDva7SPSnx

While I know some of the more hardcore players are looking at Weapon Pack 3 from a functionality point of view and not seeing much benefit, I’m the kind of player who is motivated by something being cool more than I am it being functional. That said, I’m looking forward to the .45 Big Bore Air Rifle more than the other two. It’s just a completely different concept than what’s currently in theHunter: Call of the Wild, and the Weapon Pack 3 release date of August 1, 2019, can’t come soon enough.

High-Tech Hunting Pack Out Now in theHunter: Call of the Wild

Weapon Pack 3 Revealed for theHunter: Call of the Wild