The wait is finally over for the second Super Smash Bros. Ultimate DLC character to arrive. Dragon Quest’s Hero joins the already massive list of fighters you can play as.

Since the announcement at Nintendo E3 2019, players have been patiently waiting for the release date of the next playable character. Dragon Quest’s Hero is arriving in SSBU today, July 30, 2019.

Hero is a sword and shield fighter and brings familiar spells from the iconic Dragon Quest series. There are four different variations of the Hero to choose from. The forms available are listed below.

Each Hero character will also have a color variation that ties it to a character from the Dragon Quest game they came from. Eleven is the newest Hero and is the main protagonist in Dragon Quest XI S: Echoes of an Elusive Age coming to Nintendo Switch on September 27, 2019. 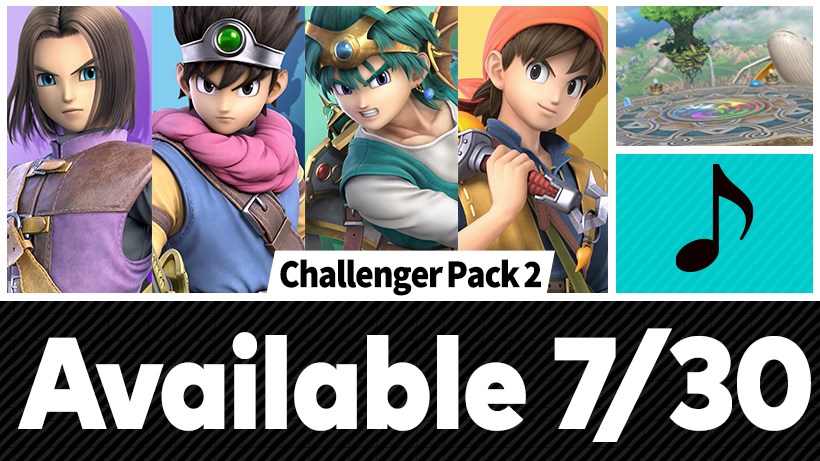 Along with a new playable character, a new stage is available. Yggdrasil’s Altar features a great mythical tree that has been seen in many Dragon Quest games. Orchestrated music from several Dragon Quest titles will be available as well.

The Dragon Quest Hero isn’t the only thing coming to SSBU in Update 4.0. A brand new online tournament mode, a very easy difficulty setting for Adventure Mode, and the ability to predict the winner in Spectate mode are also included.

I am extremely excited to play as one of my favorite video game characters of all time. The Dragon Quest series has always been one of my favorites since back on the NES. Super Smash Bros. Ultimate Update 4.0 is now available for the Nintendo Switch.