A Sea of Thieves Roleplaying Game has been announced this week on the game’s official Twitter account. This new game will expand the universe of Sea of Thieves beyond the video game, comics, and books into a whole new medium for players to enjoy.

The announcement came just this week on the official Sea of Thieves Twitter account. The tweet showcased the complete game, including the packaging, dice, cards, and a large poster of the actual in-game map.

We're excited to announce the Sea of Thieves Roleplaying Game! Working with @MongoosePub, we've brought the adventures of the seas to the tabletop. You'll soon be fighting skeletons, uncovering buried gold, and hunting down a deceitful captain. Pre-order: https://t.co/6MnCOn1cf0 pic.twitter.com/lKbOH2osGH

The tabletop game, simply titled Sea of Thieves Roleplaying Game, seeks to blend the Sea of Thieves and tabletop game experiences together. Rare has been working with Mongoose Publishing to bring this to life. You can read a complete list of features and details on the publisher’s website.

Based on the breakdown, the tabletop game is looking to emulate the experience of Sea of Thieves.  Players will be taken on a narrative adventure around the Sea of Thieves as they compete with the other pirates. The gameplay will task players with digging up treasure, killing skeleton captains, and completing voyages.

Included in the complete box set is a book to help would-be Gamemasters create their own adventures for players. However, there are also options for anyone looking to just jump in and play. A “Book of Voyages” offers an entire campaign for players to go on that has them tracking down the legendary Ashen Jewels. 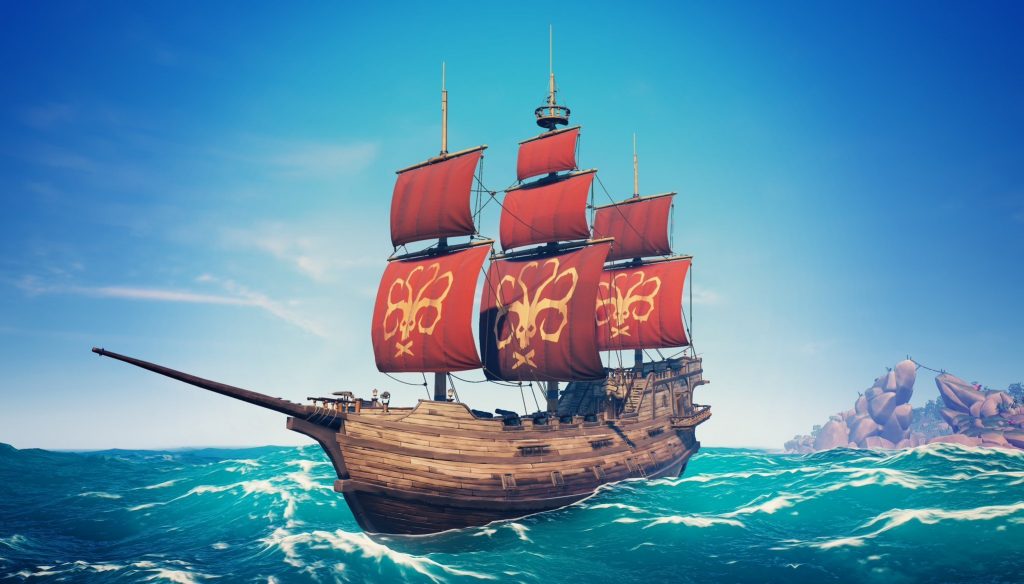 Included in the box set is an exclusive download code for the Lord Guardian Sails. These sails feature a gold skull with tentacles, emblazoned on vibrant red tapestry. This is a great addition for those who want to add a bit more flair to their ship in-game.

The Sea of Thieves Roleplaying Game will release in October of 2019 and is currently available for pre-order. The complete box set edition costs £60.00 or $79.99 USD, and is the only one that includes the Lord Guardian Sails. There is also digital version of the game as well as a Legendary Dice Box Set for £30.00 and £17.50, respectively.