By Jan Ole Peek on Oct 9, 2019 at 9:53 am. Filed in News under Red Dead Redemption 2.
Share Tweet Save to Stash Google+ Email WhatsApp

Red Dead Redemption 2 is now available for pre-order on PC. We've also got the system requirements and what bonuses you'll get.

Things are happening quickly now that Red Dead Redemption 2 is coming to PC in just under a month. Pre-orders for Red Dead Redemption 2 are now live on the Rockstar Games Launcher. Early purchasers will also receive some free bonus content, as detailed below. Finally, the system requirements are available, and you may want to start clearing up space on your SSD today. 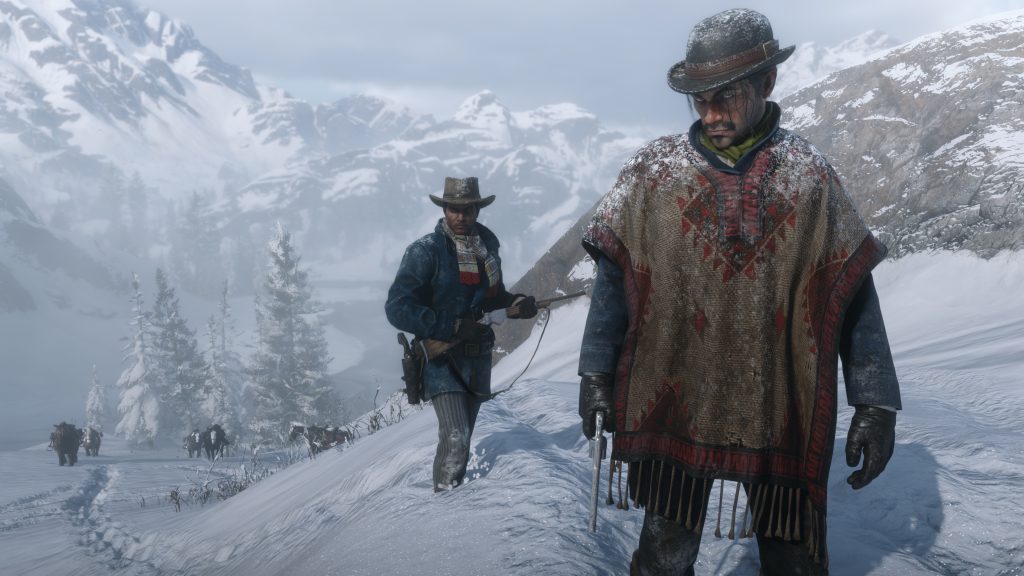 You can now pre-order Red Dead Redemption 2 on the Rockstar Games Launcher, and until October 22, you’ll receive two free Rockstar games of your choice. In addition to that, the basic edition has been upgraded to the Premium version. All pre-orders include the following bonus content, some of which is brand new to Red Dead Redemption 2:

The storage space in particular is no joke and may cause you to consider picking up a new SSD. We highly recommend installing Red Dead Redemption 2 on a fast SSD in order to cut down on loading times. If Grand Theft Auto V is any indication, this is a must for decent performance.

Developed by the creators of Grand Theft Auto V and Red Dead Redemption, Red Dead Redemption 2 is an epic tale of life in America’s unforgiving heartland. The game’s vast and atmospheric world will also provide the foundation for a brand new online multiplayer experience.