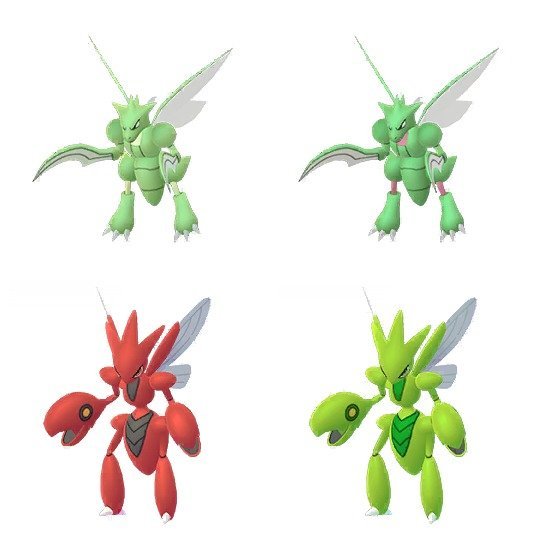 Starting today, trainers will begin to see an increase of Bug-type Pokémon during Niantic’s first ever Bug Out event in Pokemon GO. An increase in Bug-type Pokémon won’t be the only thing to look forward to during this event, however.

During the Pokemon GO Bug Out Event, Incense will last twice as long and will increase the amount of Pokémon you’ll encounter. If you’re like me, you probably have a lot of Incense stored away. The Bug Out Event is a great time to use it.

A Bug-type event like this wouldn’t be complete without more shiny Pokémon. Niantic has added the shiny variant of the Bug and Flying-type Pokémon, Scyther, during the Bug Out event. Scyther will be getting a fresh coat of green with pink highlights, while Scizor trades in the notable red shell for a neon green one instead.

Scyther isn’t the only Bug-type Pokémon to have a shiny variant in Pokemon GO. With any luck, you’ll also be able to catch a shiny Caterpie, Pinsir, or Pineco.

While some trainers may not like Bug-type Pokémon, the Bug Out event will be a big hit for those who are still looking to finish their Bug Catch Medal in Pokémon GO. Be sure to join in on the fun before the event wraps up on April 9.