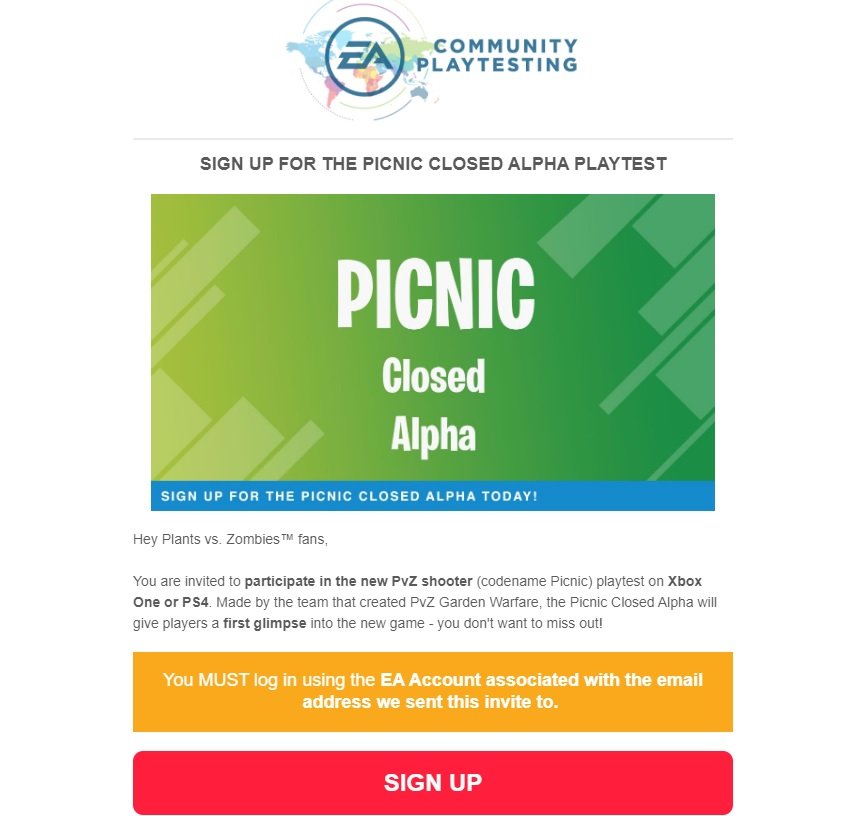 According to screenshots of the invitation, players who are interested in participating the Picnic Closed Alpha can sign up on the EA Community Playtesting website. The playtest is invite-only and is exclusively for those who have previously enrolled in the EA Community Playtesting program. “The Picnic Closed Alpha will give registered players a first glimpse into the new game,” says the invitation.

It seems the PvZ team at PopCap have had their hands full lately. News of the Picnic Closed Alpha playtest comes less than a week after the new Tale of the Taco content update hit Plants vs. Zombies Garden Warfare 2. The update adds new weekly game modes and in-game rewards to the zany shooter, which should help keep fans occupied until the next game is officially announced. Check back here for more Plants vs. Zombies news and updates.

Battle for Neighborville Rumored to be Next Plants vs. Zombies

PvZ: Garden Warfare 2 Rolls Out Tale of the Taco Update