It’s been nearly two weeks since EA and Popcap unleashed the Founder’s Edition for Plants vs. Zombies Battle for Neighborville, and today marks the start of the Week 2 content update for the game. Players who have purchased the Founder’s Edition will gain access to a new PvE region as well as a new multiplayer game mode and limited-time rewards.

There are several things to look forward to in this content update, from new modes to an all-new character customization. Players who have purchased the Founder’s Edition can log in any time before Monday, September 16 to claim an exclusive Founder’s skin for the All-Star zombie class, called the Ultimate Champ Star. Founders can head over to Rux’s Emporium any time this week to claim the new customization. 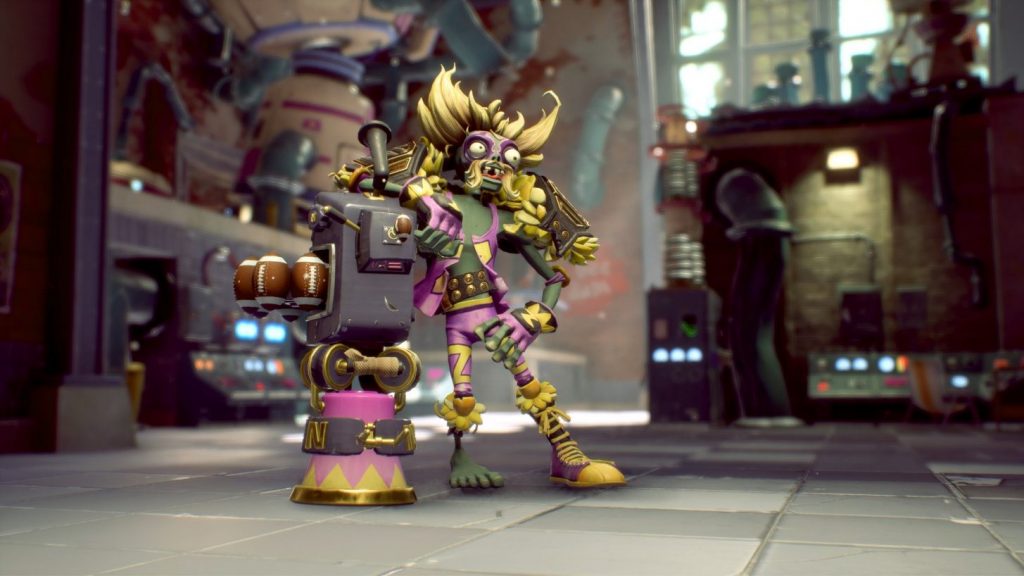 If you’ve had your fill of Turf Takeover, then you can queue up for Team Vanquish, which is now available in the multiplayer portal. Team Vanquish is basically a standard team-based competitive mode where two teams must battle it out to earn the most vanquishes. Revives will also undo vanquishes from the enemy score. There are six new maps available for Team Vanquish: Rocky Flats, Colossal Fossil, Z-Tech Factory, Ruiny Ruins, Pressure Pier, and Daisy Drive.

🔊Time to get weird – and vanquish-y!🔊

Week 2 of Battle for Neighborville is live. Gain points by vanquishing or reviving in Team Vanquish; or explore Weirding Woods for weird adventures!

Last but not least is a new PvE mode for the zombies side called Weirding Woods. Dreadwood has trapped your zombie companions in Z-Tech Factory, and it’s up to you to free them. Players can access the Weirding Woods PvE zone by speaking to the Zomboss HQ NPC in the zombie social hub.

Springening Has Sprung in PvZ: Battle for Neighborville