By Larryn Bell on Feb 4, 2020 at 7:14 pm. Filed in News under Plants vs. Zombies: Battle for Neighborville.
Share Tweet Save to Stash Google+ Email WhatsApp

There’s a new zombie in town next month! Until then, Valenbrainz is here to tug at your heart strings throughout February.

The Valenbrainz festival is officially underway in Plants vs. Zombies Battle for Neighborville. As a result, the Giddy Park social hub is now adorned with bright red hearts and stacks of chocolate to help players feel the love all month long. As with all festivals in Battle for Neighborville, the Valenbrainz event features the new Turf Takeover map, Preserve Pastures, as well as a new prize map full of heartfelt rewards.

PopCap released a new trailer this week that showcases the Valenbrainz festival content. In it, we see a pair of new costumes that are up for grabs on the Valenbrainz prize map, namely the Shaggy Shampooie costume for the Chomper, and the Foodal Lord Dracornius costume for Kernel Corn. The latter is available to players who earn enough Prize Bulbs to reach the end of the prize map. The Blade of the Beetle legendary alternate costume is the reward for completing the entire prize map. 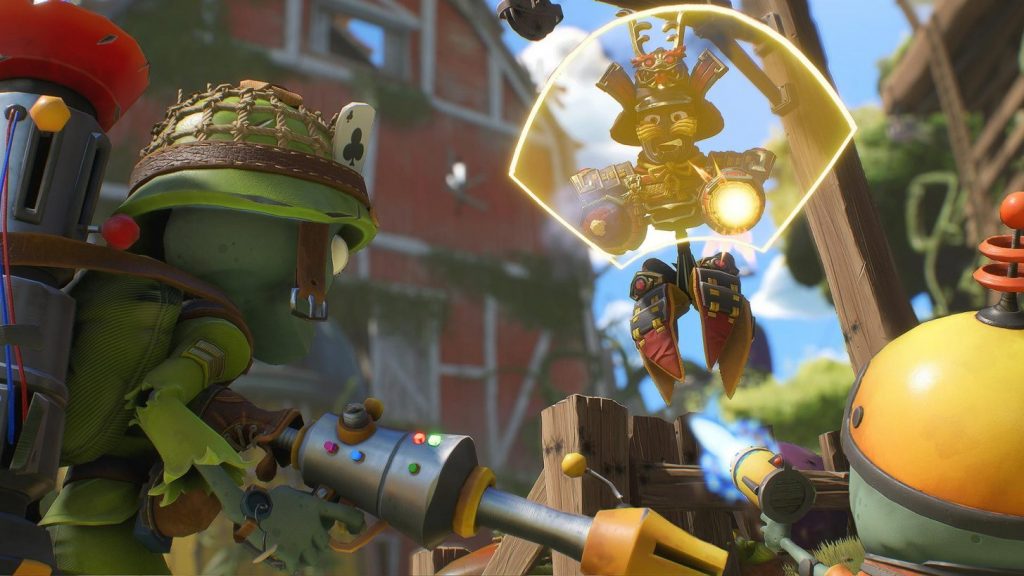 This month also marks the debut of legendary upgrades in Plants vs. Zombies Battle for Neighborville. Players can unlock the Shogun-Guard upgrade on the Valenbrainz prize map, which can be paired with the Foodal Lord Dracornius costume to create a Citron-like personal shield for Kernel Corn. If you miss this upgrade during the month of February, you can purchase the upgrade from Rux’s Emporium in March.

In the trailer, we also get a sneak peek at some of next month’s festival content as well. This includes the official reveal of the Wizard Zombie, a brand new character class that players can unlock starting next month.

The Wizard Zombie character will be available during March’s Luck o’ the Zombie festival, which begins on March 2. Like the aforementioned legendary upgrade, the Wizard Zombie can be purchased from Rux for 500K coins in April. This is a great option for players who don’t have a lot of time to play and earn Prize Bulbs for the prize map.

The Valenbrainz festival is now live in Plants vs. Zombies Battle for Neighborville. Be sure to check back here for more Neighborville news and updates!