Today, the People Can Fly development team released a new video that reveals the PC system requirements for their upcoming game, Outriders. The video also delves into several other PC-specific features, including graphical settings and options. You can find the Outriders PC spotlight video further below. 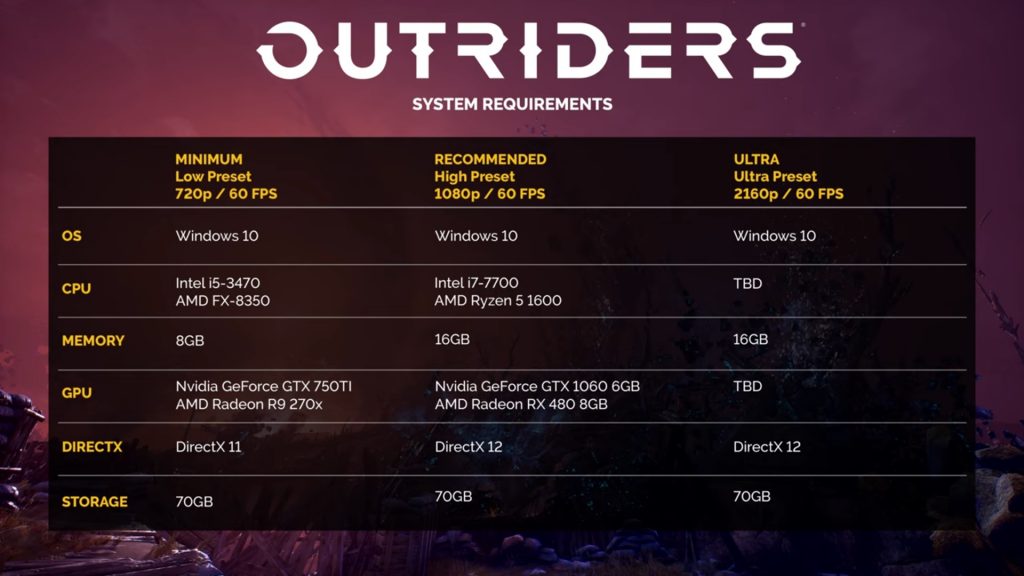 The Outriders PC spotlight video begins with a look at the game’s minimum and recommended PC system requirements, which are shown in the screenshot above. The developers are aiming for “a minimum of 60fps regardless of what spec machine you’re playing on,” according to the video. “Basically, if you bought a desktop from the last six years, you’ll be fine.”

Although the showcase was mainly about the game’s PC features, the video also noted that Outriders will support full cross-play across all platforms. The game will release on April 1, 2021 on PlayStation 5, PlayStation 4, Xbox One, Xbox Series X/S, and PC. Keep an eye out for Outriders on Stadia later this year.