Hello Games is hard at work on No Man’s Sky upcoming Beyond update scheduled for this summer. In addition to the recently announced multiplayer changes, No Man’s Sky Beyond will introduce VR support. Commence the cheering!

VR support has been a long-desired, and oft-rumored feature of No Man’s Sky and Hello Games seem fully committed to it. “No Man’s Sky Virtual Reality is not a separate mode, but the entire game brought to life in virtual reality. Anything possible in No Man’s Sky, NEXT or any other update is ready and waiting as an immersive and enriched VR experience,” says Sean Murray.

The prospect of being able to play a VR game alongside friends who don’t own a VR headset is exciting. Full VR support will also come to the PC via Steam VR. That means Oculus Rift and HTV Vive owners can experience No Man’s Sky in a whole new light.

Grab the joystick and thruster to fly your starship over an unexplored alien planet as you peer out of the cockpit at the view below. Reach into your backpack to grab your multitool, touch it to switch to terrain manipulation, and carve out intricate shapes with unprecedented control. Play in multiplayer and casually wave to your non-VR friends or fist bump your PSVR peers. 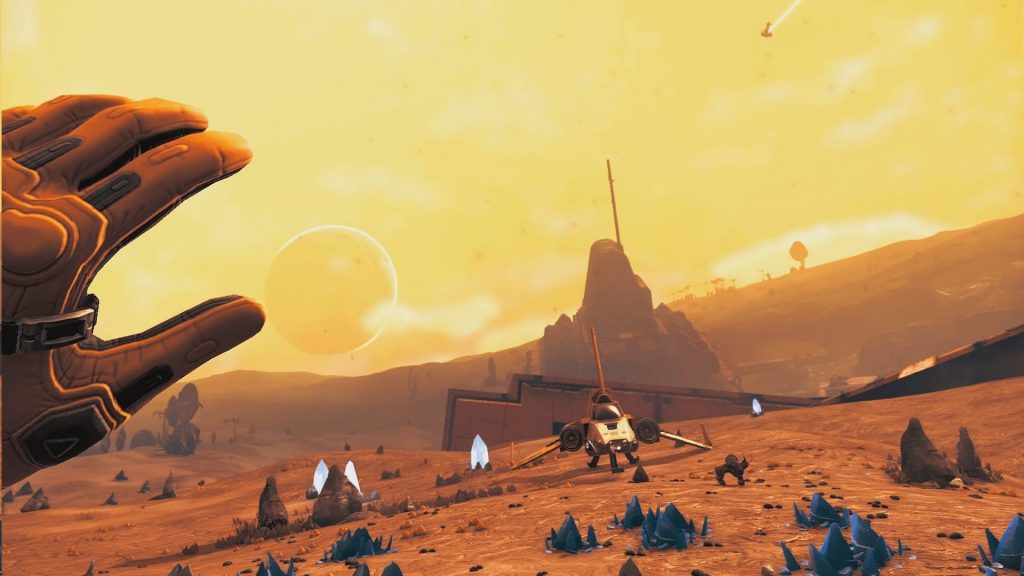 Additionally, a new physical edition of No Man’s Sky Beyond will hit the PlayStation. The move to virtual reality may instantly make Hello Games’ open-world space explorer the most-owned VR game in existence.

Hello Games has a third major feature to announce soon, so stay tuned for that. I can’t wait to jump back in when Beyond releases later this summer.

Visit the Virtual North in Game of Thrones: Beyond the Wall