On New Year’s Day, EA SPORTS announced the winners of the HUT Team of the Year in NHL 21. Six NHL players, one for each position, were selected from a list of 36 nominees to comprise the Team of the Year for 2020. Fans voted for their favorites among the nominees based on the player’s performance during the 2020 NHL season.

Recipients of the HUT Team of the Year award will earn recognition both in-game and out-of-game. All six winners receive a new pair of limited-edition skates and equipment. The winning goalie also receives a custom-made mask designed by David Gunnarsson of DaveArt. The six winners receive new player items in NHL 21 as well.

The six HUT Team of the Year winners are listed below. 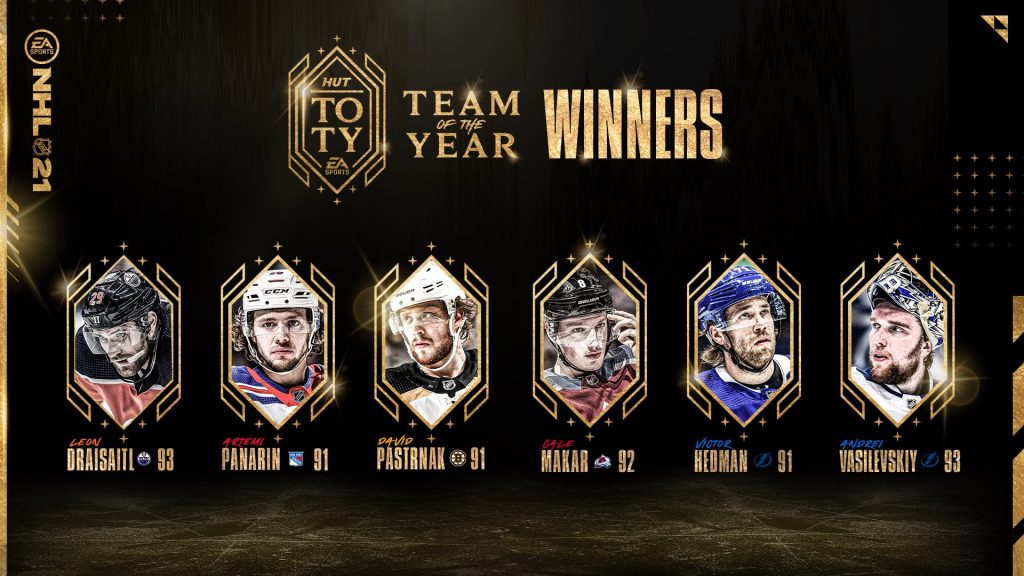 From Alex to Ovi: Episode Two is Now Available