If you missed out on the monster-slaying action in Monster Hunter: World when it released last year, you’re in luck. Monster Hunter: World heads to the Xbox Game Pass in April, joining Prey, Life is Strange 2: Episode 2, and several other games as the newest additions to Microsoft’s subscription service.

According to Xbox Wire, six noteworthy games are being added to the Xbox Game Pass library in April. Prey and The Golf Club 2 lead the charge as the first of the new additions for this month, both releasing on April 11. If it’s Monster Hunter: World you’re after, you’ll have to wait just a tad longer for it to join the lineup on April 18. 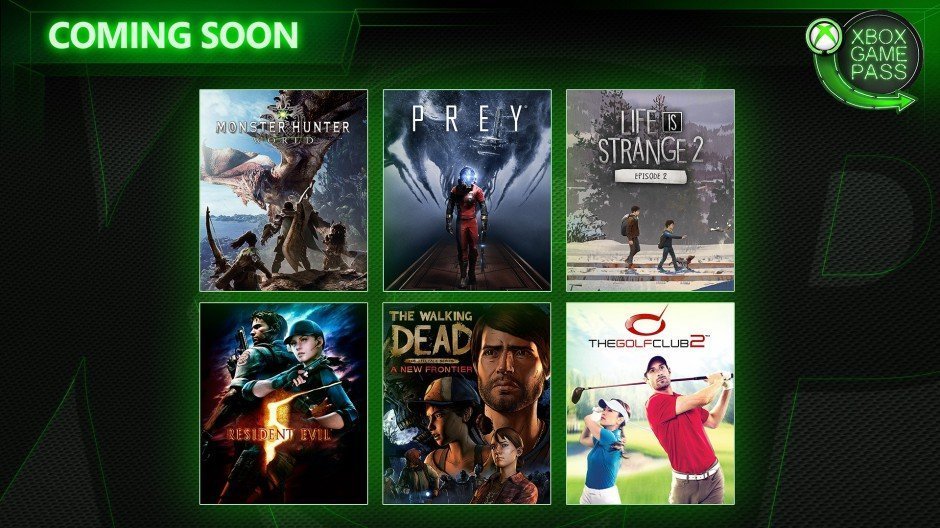 Here are all the games coming to the Xbox Game Pass for April, along with their release dates:

Monster Hunter: World is certainly the big-ticket item here. It’s a full-price, triple-A game that is still being supported with new DLC. The game has even gone so far as doing crossovers with popular titles like The Witcher 3: Wild Hunt. Having Monster Hunter: World in the Xbox Game Pass is also a great opportunity for those who want to experience the action before the game’s massive Iceborne expansion arrives this fall.

Microsoft’s Xbox Game Pass is a service that allows its members to have access to a huge selection of games on Xbox for a monthly subscription fee. The new April titles join an extensive game library that include Minecraft, Crackdown 3, Sea of Thieves, and loads more. Check back here for details to see what new games will come to Xbox Game Pass next month.

Overwatch, Diablo, and Call of Duty Will Come to Game Pass, Eventually