The fourth free content update for Monster Hunter World: Iceborne is now available on PlayStation 4, Xbox One, and Steam. The update comes packed with new features, including a new in-game seasonal event, a massive new monster, and loads of gameplay adjustments. Continue reading to see what this expansion update has in store.

Making its debut in Update 4 is the Blazing Black Dragon Alatreon, an elementally unstable dragon that can enter different elemental states. Players must be prepared to respond to Alatreon’s vicious attacks using the correct element. You can check out Alatreon in action in the developer diary above.

Alongside Alatreon comes the Tempered Frostfang Barioth, a new monster variant that will be available to Iceborne players during an event quest in August. This frigid beast can exhale a frosty wind gust that can freeze the ground and anyone standing in its way. 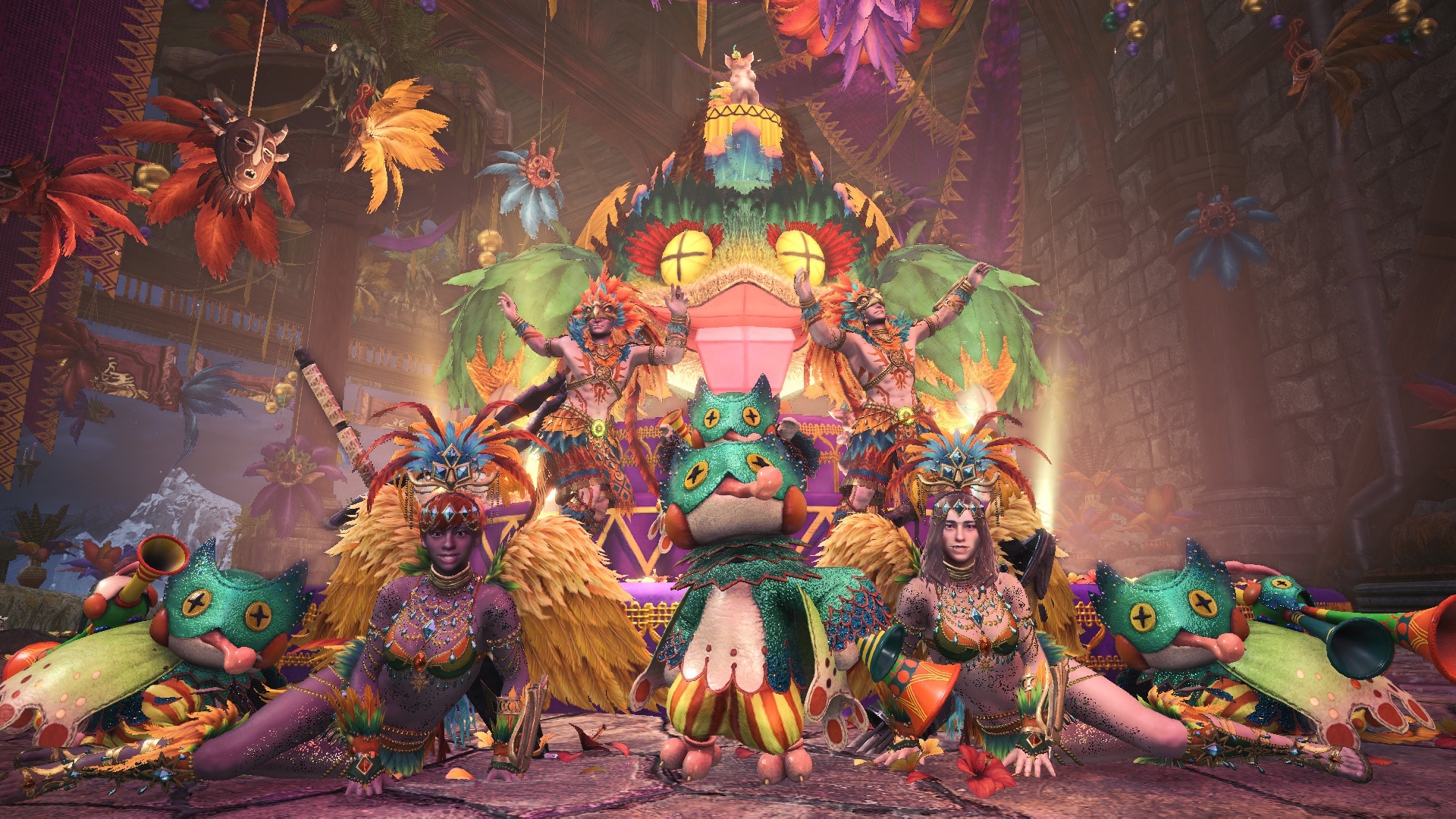 A new in-game seasonal event is on its way to Monster Hunter World: Iceborne as part of the fourth free content update. The Sizzling Spice Fest summer event will begin on July 22 and continues until August 6. During the spicy event, the gathering hub will be decorated in carnival-themed decorations and players can enjoy new meals in the canteen. New costumes, Palico gear, and other cosmetic items will be up for grabs as well.