Square Enix is preparing to launch a new online showcase dedicated to revealing news and updates for their current and upcoming games. The digital showcase series, titled Square Enix Presents, will debut next week with several new game reveals, including the world premiere of the next major title in the Life is Strange series.

The first showcase in the digital series will begin on Thursday, March 18 at 10:00 a.m. PDT/1:00 p.m. EDT on the Square Enix Twitch and YouTube channels. Square Enix Presents will also be broadcasted on a special show page on the Square Enix website, where it will feature language support for English, French, Spanish, German, and Italian. 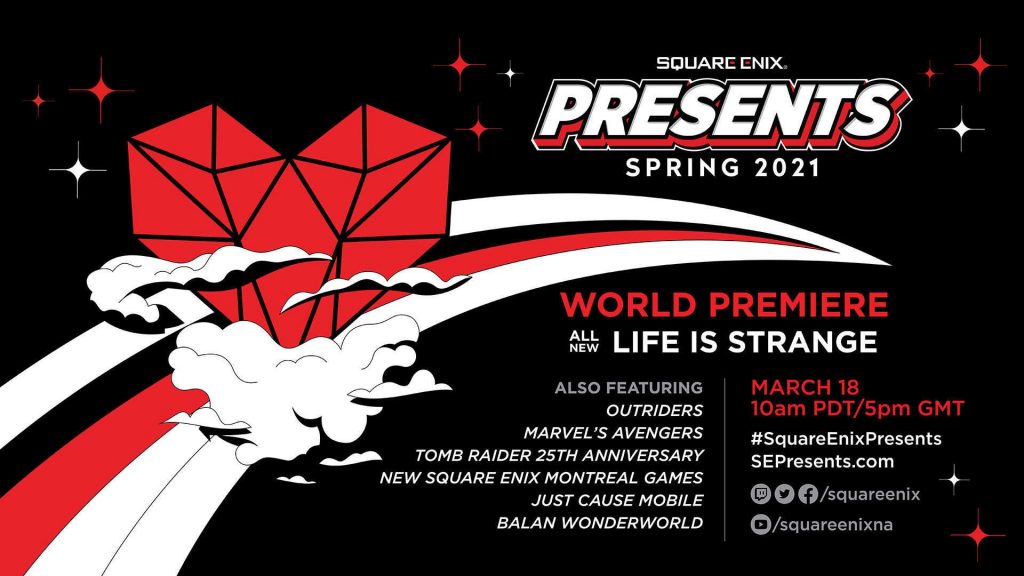 The roughly 40-minute premiere will consist of gameplay trailers, news, and announcements. The next Life is Strange game will debut its new power-wielding protagonist in a special world premiere. Outriders, Marvel’s Avengers, Balan Wonderworld, and other games are scheduled to be covered as well, including a gameplay reveal of Just Cause Mobile.

Tune in to the Square Enix Presents Digital Showcase on March 18 to see all of the big reveals firsthand. Stay tuned to Guide Stash for more Square Enix game coverage.

Where to Watch E3 2021 Online Next Month