According to the trailer, Journey to the Savage Planet will release digitally on January 28, 2020 and physically worldwide on January 31, 2020. The trailer (embedded below) features a glimpse at some of the game’s colorful alien environments and wacky creatures, including the one-eyed Floopsnoot and the easily-agitated Insectoid Swarm. Some of the game’s key locations include the Jellywaft Islands, Swamp Gully, and the Fungal Forest.

Journey to the Savage Planet is a first-person space exploration game that is as humorous as it is colorful. As a Kindred Aerospace employee, players are dropped onto a mysterious planet that they must explore using limited resources. Players must scan, analyze, and document samples of the planet’s various life forms. Today’s trailer also confirmed two-player online co-op, which means you won’t have to explore the uncharted planet alone. 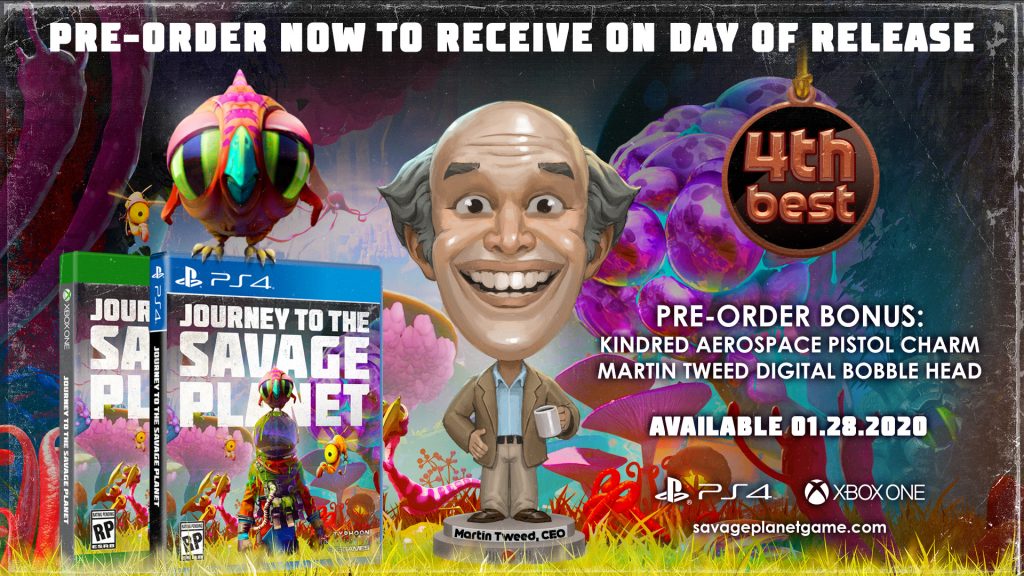 SnowRunner Gets Its First Big DLC Next Week

Control Gets a Release Date for Xbox One, PS4, and PC