Whether you’re a fan of Hitman 2 or not, nobody can deny that IO Interactive has done a bang-up job of supporting the game post-launch. Each month, the developer releases a roadmap for the following month, then dishes out new pieces of content and unique unlockable gear almost every week. Tomorrow, players can get their hands on the Jaeger 7 Covert. 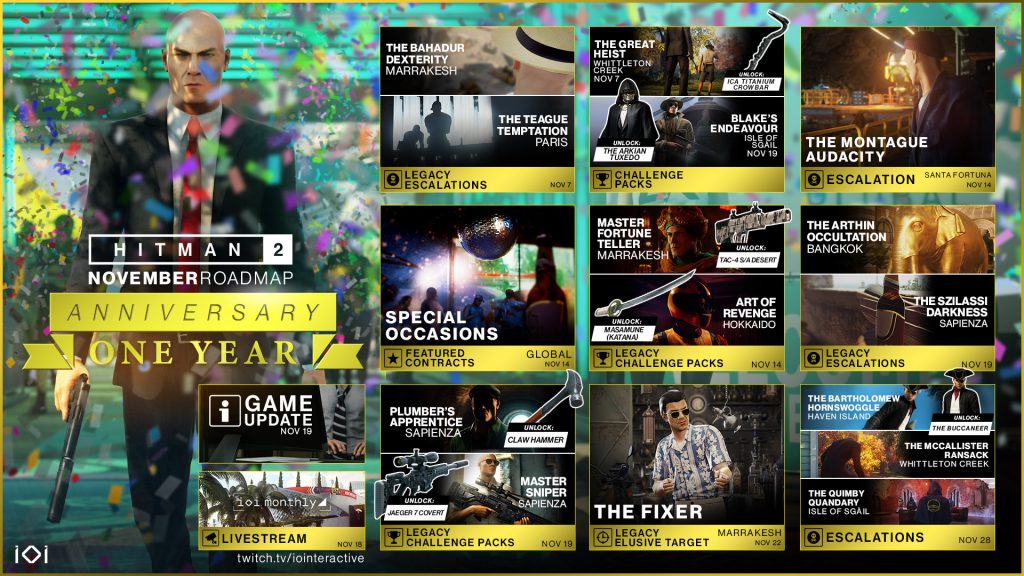 Players can get a complete list of what’s coming up in Hitman 2 by staying tuned to the IO Interactive news feed. Just before the start of a new month, the team will release a roadmap that outlines what’s to come. Some of the content is new, some of it is brought back from Hitman 2016, but all of it drastically extends the reply value of one of the most underrated franchises in gaming today.

Follow along with all our Hitman 2 coverage on Guide Stash. We’re big fans of the game, even if we don’t always get to spend as much time with Agent 47 as we’d like.