Publisher Devolver Digital and independent game developer Le Cartel have announced their wacky new co-op platformer, Heave Ho, with a new reveal trailer. The game is playable during PAX East 2019 and will launch this summer.

Heave Ho is a physics-based game where players control gangly, long-armed critters known as “Grapplers.” Each Grappler must climb, swing, and dangle their way across a massive chasm without falling to their demise. This colorful romp supports local co-op play for up to four players, all of whom must work together to clear the gap. Players can also customize their characters using various accessories to set them apart from their dangling brethren. 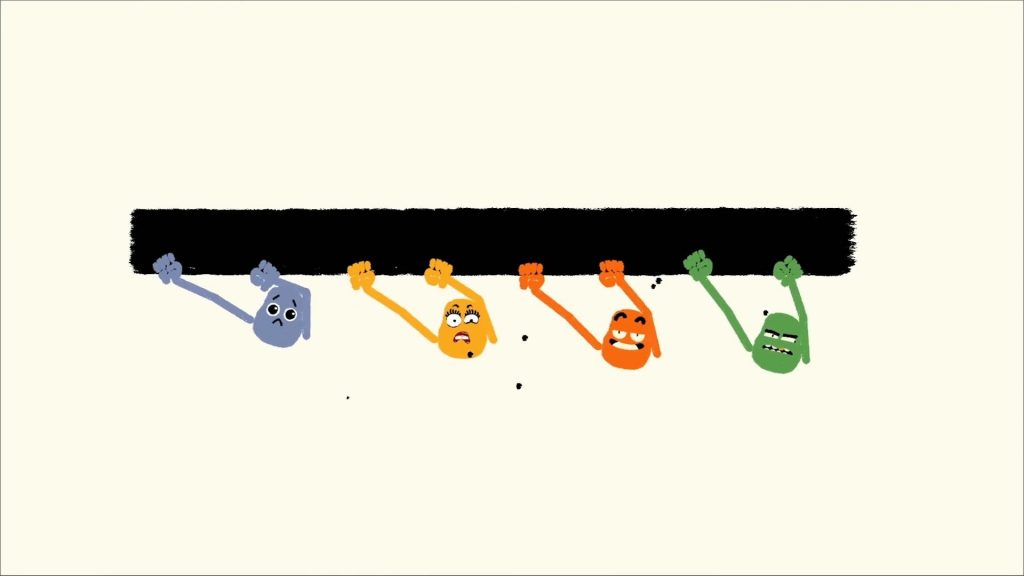 The goal is simple: don’t fall. Otherwise, your character will get ground up into a colorful splatter. Players must outstretch their arms and maintain a firm grip to swing and grapple safely over the expanse. This includes having to climb across your friend’s wobbling body or grabbing their limbs to swing them over to relative safety.

Of course, this is all easier said than done. Check out the reveal trailer below for a clearer explanation of what Heave Ho is all about.

Heave Ho will launch for Nintendo Switch and Windows PC (via Steam) this summer. Overall, it looks like a ridiculously fun couch co-op game. Those who are attending PAX East this weekend can go hands-on with Heave Ho in 4K, for what its worth.

Heave Ho is the second game from French developer Le Cartel, the team behind 2016’s Mother Russia Bleeds. Le Cartel hasn’t pinned down an exact release date, nor have they announced any pricing for the game. To stay up to date on all things Heave Ho, check out the developer’s website.

Unbound: Worlds Apart Out Now for Nintendo Switch and PC

Torn Away Tells a War Story From a Child’s Perspective