WB Games and Niantic, Inc. are bringing the world of Harry Potter to the realm of augmented reality in their upcoming AR game, Harry Potter: Wizards Unite. Players will get to cast spells, brew potions, and discover magical entities while trekking through the real world.

In Harry Potter: Wizards Unite, strange circumstances have caused magical entities called “Foundables” to appear within the Muggle world. Your wizardly duty is to investigate The Calamity and find a way to stop this from happening. Unsurprisingly, the gameplay in Harry Potter: Wizards Unite shares a lot in common with its AR sibling, Pokémon Go. Instead of hunting down Pokémon, however, players are searching for traces of misplaced magic objects from the wizard world.

“A calamity has befallen the wizarding world, causing artefacts, creatures, people, and even memories to mysteriously appear in the Muggle world,” says the game’s official website. “Witches and wizards from across the globe must come together to solve the mystery of The Calamity, overcome the confounding chaotic magic that surrounds these ‘Foundables,’ and return them to their rightful place, keeping them safe from Muggle eyes.” 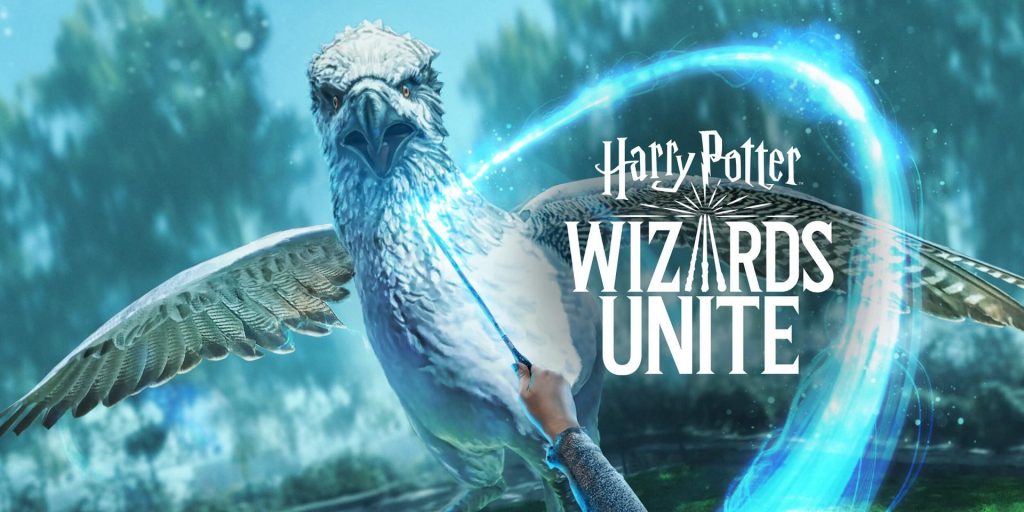 PokéStops have been replaced with Inns, which are designated locations where players can replenish their Spell Energy. Players also get to experience iconic locations from the Harry Potter series in full 360-degree AR for the first time.

When not searching for Foundables, players can also test their fighting skills by participating in Wizarding Challenges. Like gym battles in Pokémon Go, players can team up with nearby wizards to tackle these challenges in real time. Players specialize in one of three magical professions: Auror, Magizoologist, or Professor. The profession players choose will determine the types of abilities they can perform during combat.

If you are excited to get your wizardry on and happen to use an Android device, you’re in luck. Pre-registration for Harry Potter: Wizards Unite is available now on Google Play. There’s no word on when iPhone users will get to sign up, but Niantic advises to “stay tuned for more updates.” Until then, you can check out some images of the game in action on the official Harry Potter: Wizards Unite website.

MultiVersus Season 1 Has Been Delayed

The Witcher: Monster Slayer Now Available for Free on Android and iOS