Today, Sony gave viewers their first look at the upcoming PlayStation 5 console during the Future of Gaming livestream event. After an extensive lineup of game trailers, the PS5 was shown alongside various accessories, including the new DualSense controller. Here’s what we know so far about the PS5.

The PlayStation 5 console has a sleek new design that features a shiny black core with angular, white side panels and blue highlights, matching the upcoming DualSense controller. While today’s presentation only showed the PS5 standing upright, new press images from Sony confirm that the PS5 can also be laid horizontally on its side. 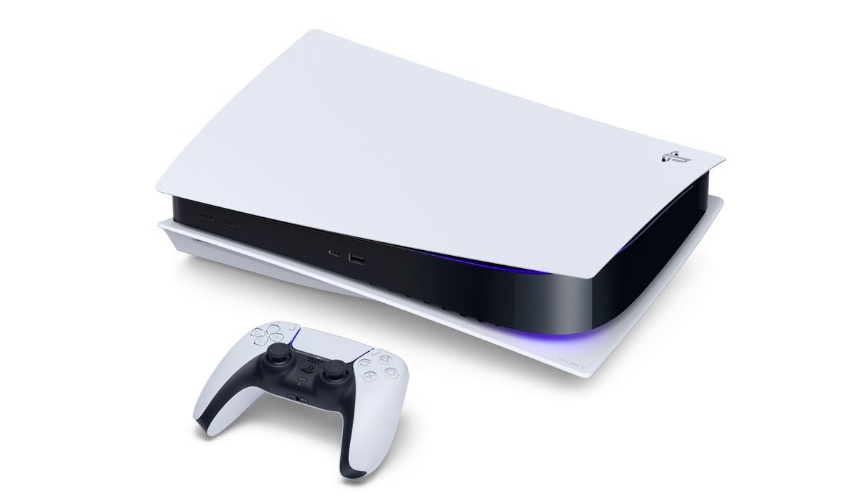 There will be not one, but two PS5 consoles available at launch: the standard PS5 featuring an Ultra HD Blu-ray disc drive and a disc-free Digital Edition. The latter is essentially the same as the former, just without the disc drive. We still don’t know the price of the PS5, but it’s safe to assume that the Digital Edition will likely cost less than the standard version.

Several new accessories were also revealed as part of today’s PS5 event. These include a wireless headset, HD camera, media remote, and a charging station for the DualSense wireless controller.

“Worlds will be richer and more beautiful, they’ll captivate your senses in ways you didn’t think possible, and you’ll be able to experience them much more seamlessly, with lightning fast loading,” said Jim Ryan, President and CEO of SIE. “Today’s showcase is just a glimpse of what’s to come in the next generation, and we want to thank our community for taking this journey to PS5’s launch with us.”

Trailers for PS5’s confirmed lineup of games composed the bulk of Sony’s Future of Gaming presentation. Spider-Man: Miles Morales was among the many games revealed, as was a trailer for Ratchet & Clank: Rift Apart. Rounding out the game reveals was a trailer for Horizon Forbidden West, the sequel to Horizon Zero Dawn. You can watch the full showcase in the video below.

Although there was a lot to take away from today’s livestream, we still don’t have a price for the PS5. There is no solid release date either, but we do know that the PS5 will arrive during the 2020 holiday season.  Sony will announce pricing for the PS5 “at a later date,” according to Sony’s latest press release. We will be sure to keep you informed of any updates, so be sure to check back here in the near future.

Watch the PlayStation 5 Showcase on September 16