Oculus had a very busy Game Developers Conference after having announced Oculus Rift S and Oculus Quest, two brand new virtual reality headsets that are sure to shake things up in the realm of VR. Oculus has made waves with its Oculus Rift VR Headset over the past few years, and the company has since improved upon its design with the Oculus Rift S.

Next Chapter in VR with Oculus Rift S and Oculus Quest

The Oculus Rift S features Oculus Insight, a brand new, state-of-the-art, inside out technology that helps users get into the game with greater ease. Oculus Insight captures, traces, and navigates physical spaces in real time.

Get hands-on with the new redesigned Oculus Touch controllers with inside out tracking to bring familiar hand presence and input for more realistic feeling gestures, such as grabbing and pointing.

Good news for Oculus Rift owners is that the Rift and Rift S share the same experience. Rift owners will continue to receive updates and access the same games as the Rift S. Basically, you can enjoy the full library of Oculus Rift games on the Oculus Rift S. 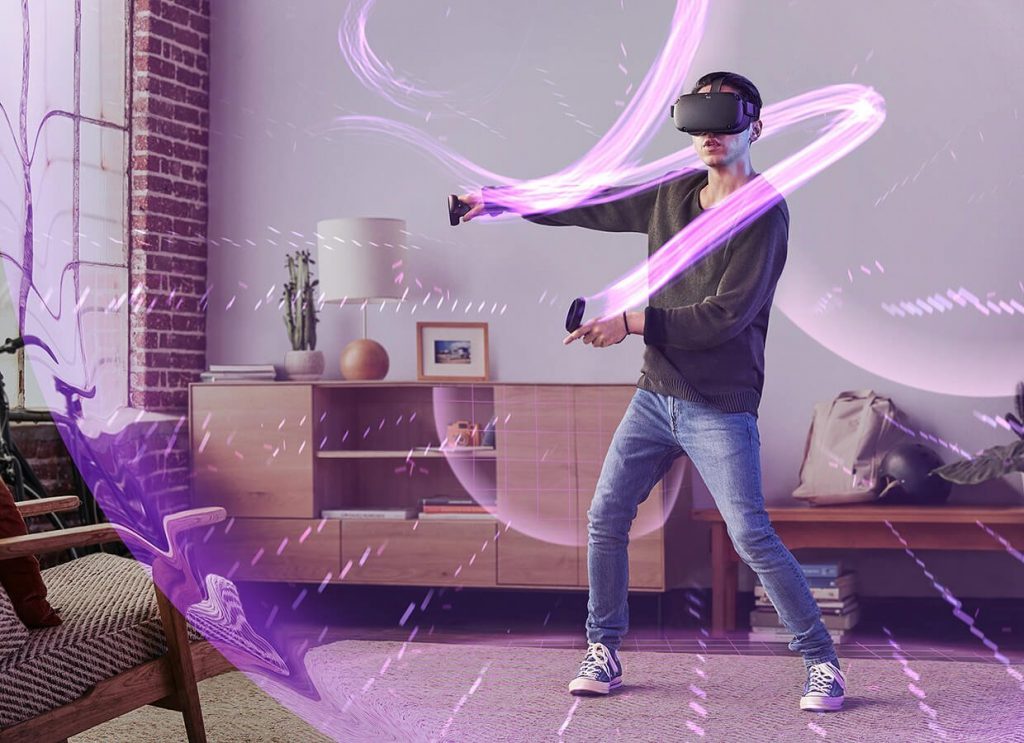 Oculus Quest brings everything you love about Oculus to a whole new world, a world where you’re not connected to a PC. Enjoy VR without worrying about tripping over any cables.

Just like Oculus Rift S, Oculus Quest uses Oculus Insight to get you into your favorite game with ease. While paired with Oculus Touch controllers, you get the same feel of VR without being connected.

With Oculus Quest, the world is your arcade. Play at home, work, the airport, the bus, anywhere you can sit or stand.

The Oculus Quest headset will be released sometime in 2019 with a retail price of $399. Quest seems like it would be the go-to for anyone who has limited space and who wants to join in on the VR craze.