After today’s first Stadia Connect briefing, we now know a lot more about Stadia, Google’s upcoming video game streaming service. Google revealed when the service will launch, how much it will cost, detailed the various subscription options available, and discussed some network requirements in order to achieve a good experience. Oh, and we also heard about what games we can expect to play.

If you missed the live showing, you can watch the entire Stadia Connect briefing in the embedded video above. Let’s dive into the details.

Stadia will come with its new Stadia controller, as previously revealed, that has dedicated buttons for the Google Assistant and recording. Mouse and keyboard will be supported as well, and as long as you have a Chrome device, including the Chrome Cast Ultra, you’re ready to experience Stadia. The controller connects directly to Google’s data center in order to provide the best performance.

Stadia will launch sometime this November and offers several different plans, including a Founder’s Edition.

A custom limited edition, the Stadia Founder Edition, is available today and will provide the earliest possible access. It includes a Chrome Cast Ultra and a limited edition night blue Stadia Controller, three months of Stadia Pro, and a buddy pass to provide a friend three months of access. You’ll also be able to ensure you secure your Stadia username before the masses hit the service. It’s coming to 14 countries this year and will expand in 2020.

Gamers who get the Stadia Founder’s Edition will also receive the complete Destiny 2 suite of content. Bungie’s next expansion, Shadowkeep, will make its way to Stadia at launch. Players will be able to transfer their Guardians from any other platform to Stadia. Well done, Google.

The Stadia Founder’s Edition is available for pre-order now for $129. 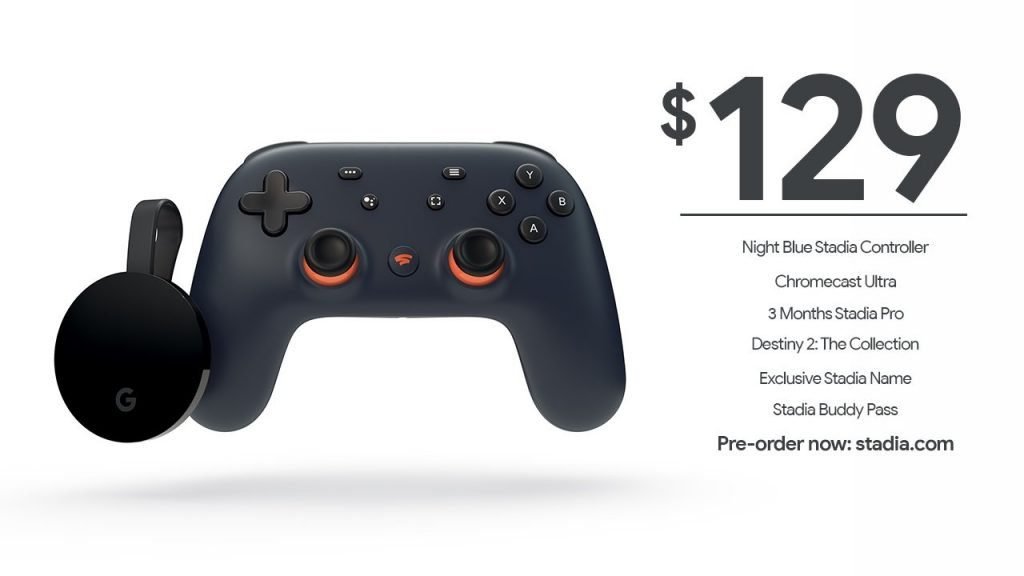 Google revealed the first teaser trailer of Baldur’s Gate 3 during their Stadia Connect briefing. Let that sink in for a moment.

Another title coming to Google Stadia at launch is Ubisoft’s Ghost Recon Breakpoint. A new trailer featuring its main antagonist was featured and is embedded below for your viewing pleasure.

As Bungie announced shortly after the Stadia Connect stream, a new free-to-play Destiny 2: New Light edition will be released this September and will be available on Stadia.

Out of all the titles shown today, one could argue that Ghost Recon Breakpoint and The Division 2, also shown at length, will likely be the most demanding, network wise. The other reveals feature titles more focus on narrative and story-telling than split-second decision making. Google did, however, address some of Stadia’s network requirements.

Google talked about requirements to experience Stadia in its ideal fashion. 4K video will require a download speed of at least 35Mbps but Stadia will supposedly scale down accordingly if you can’t sustain that kind of bandwidth. Clearly, performance over fluctuating network conditions will be the crux of Stadia, but if anyone has the experience to pull this off, it’s Google. 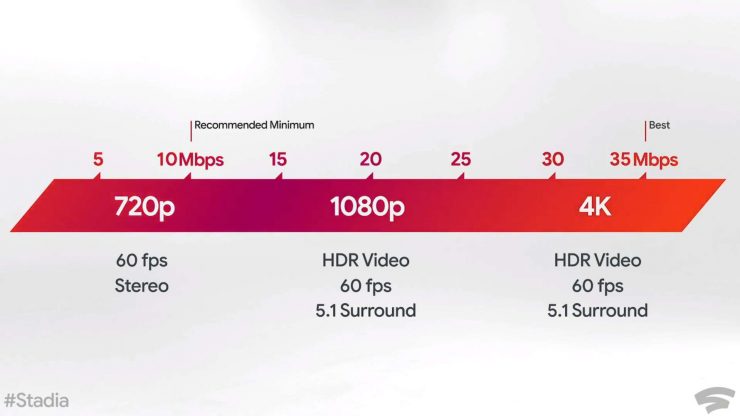 There you have it. That’s all we have from Google’s first Stadia Connect at this time. Stay tuned for much more news in the coming days as announcements around E3 2019 continues.

Stadia is Now Available on iOS Devices Via Web App