AMD President and CEO Dr. Lisa Su kicked off AMD’s press conference at E3 2019 today by listing the countless number of gaming platforms that utilize AMD’s hardware. From the upcoming PlayStation 5, and Xbox’s Project Scarlett, and Google Stadia, there is no doubt that AMD is found everywhere. The focus shifted quickly to the PC sector and Dr. Lisa Su outlined what AMD calls the “Ultimate Gaming Platform.” 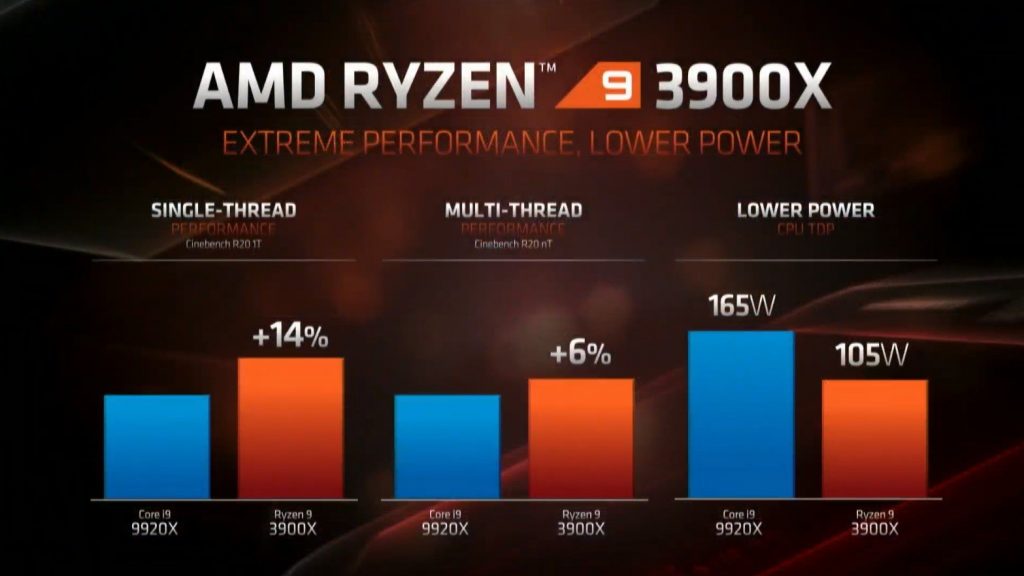 AMD’s new Ryzen 3000 series of CPUs is their new flagship series aimed at gamers. AMD showcased several benchmarks, comparing them to Intel’s latest Core i9-9900K, which retails at outrageous prices. The Ryzen 9 3900X beats the pants off Intel and is seriously making me consider switching for my next PC upgrade. 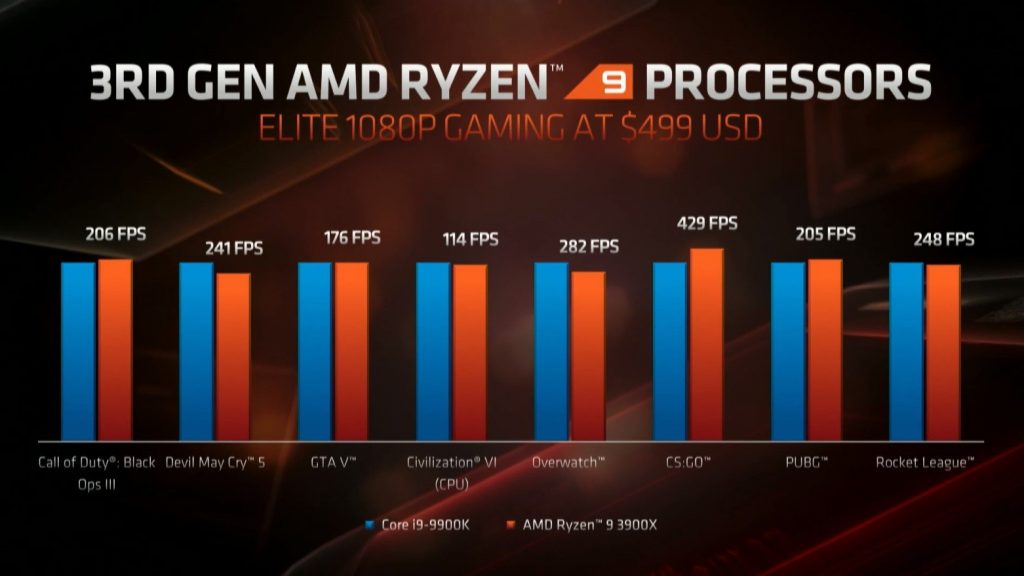 Being at E3, AMD didn’t just showcase a bunch of numbers on the screen, however, but also showed some real-life gaming related scenarios. During a hardcore streaming demo comparing the Ryzen 9 3900X to Intel’s Core i9-9900K, the Intel CPU choked where AMD’s barely broke a sweat. 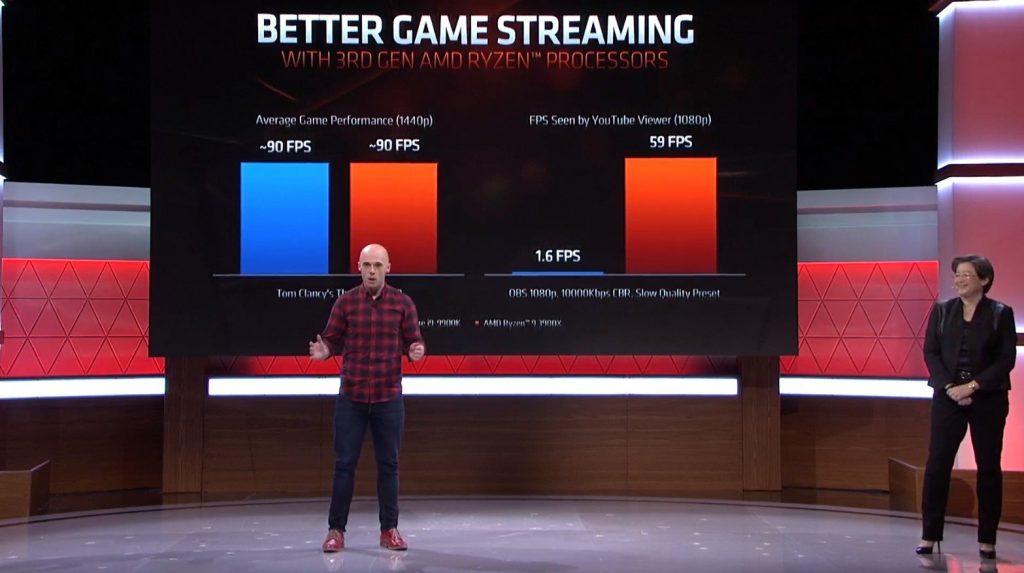 The entire range of AMD Ryzen CPUs, from the 9, 7, and 5 stacks, seems to be extremely capable, leading the way ahead of Intel’s latest offerings, at significantly lower power and dollar requirements. All of the new CPUs will be available globally on July 7. 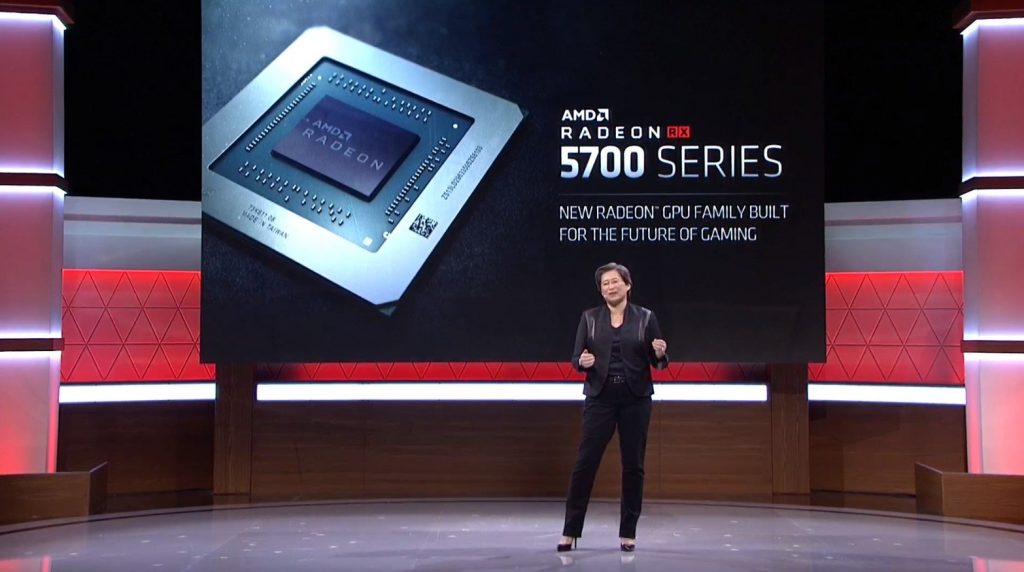 AMD’s graphics card series is also getting an upgrade with the introduction of the new Radeon RX5700 series. AMD calls this the “GPU Family built for the future of gaming.” 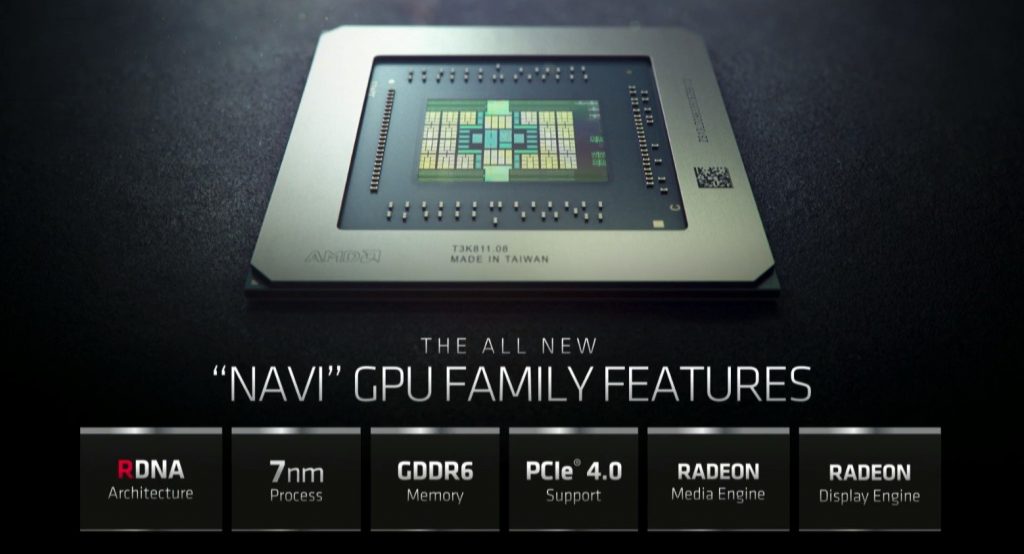 The new RX 5700 series features a whole new architecture, replacing the previous Vega system. The new RDNA gaming architecture brings with it large gains in performance and lower power requirements thanks to the following principles. 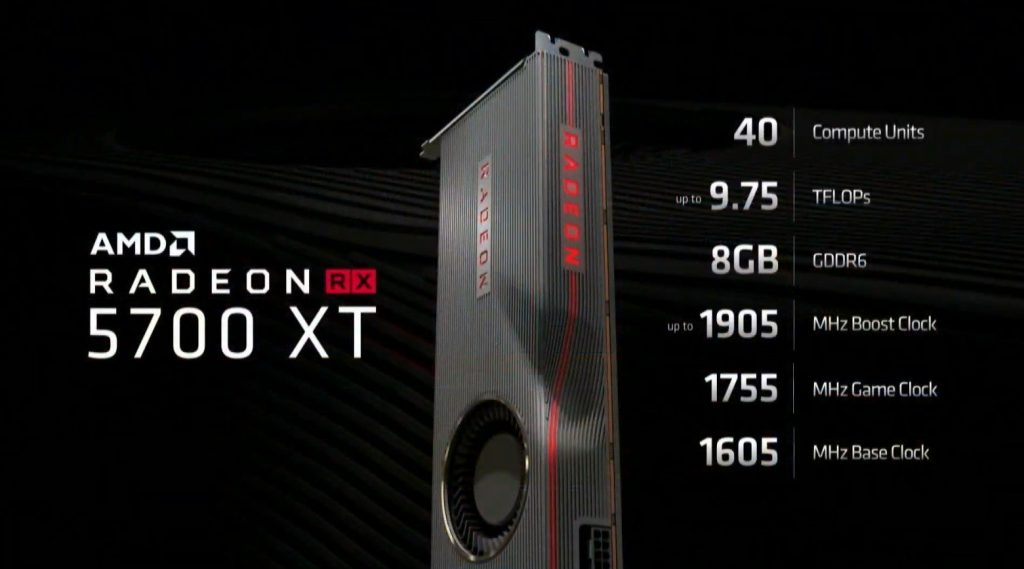 For those interesting in raw numbers, the stats above should leave you drooling slightly. As with the CPU designs, AMD’s focus is on power at a technological superior architecture. This results in lower prices than their competitors, less power consumption and heat generation.

Pricing for the RX 5700 series is as follows: