GTFO developer 10 Chambers Collective is gearing up to release the next major update for their co-op horror FPS in June. The Rundown update will not only bring a new environment and enemy to the game, but it will also expand upon the game’s backstory.

In GTFO, players take on the role of a prisoner who must navigate an underground complex riddled with deadly creatures. You must work alongside up to three other players to come up with an escape plan and attempt to make it out of The Complex alive. 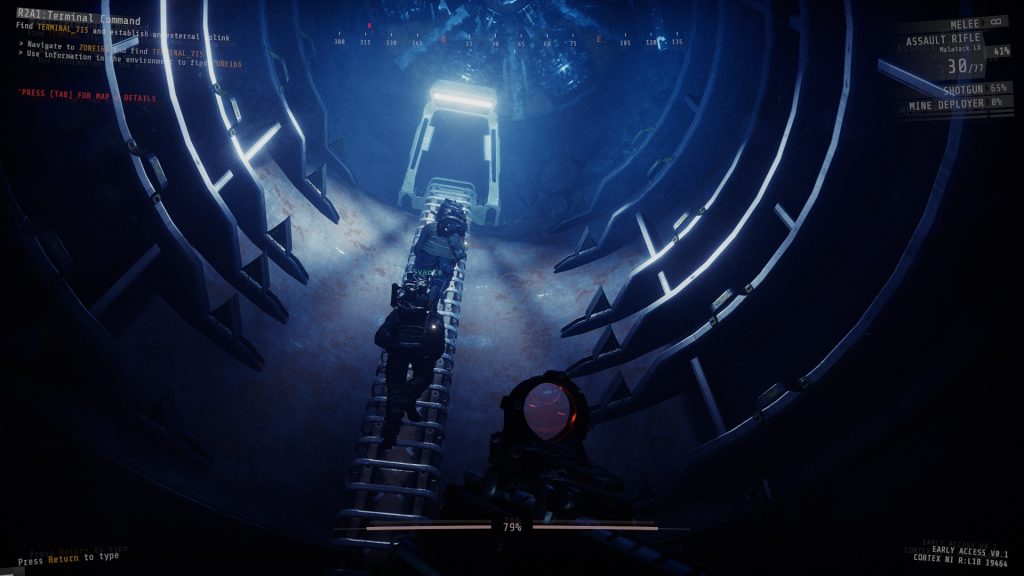 The developers have implemented a unique update process for GTFO. Each major update is called a Rundown, and each Rundown replaces old game content with brand new content, such as new expeditions and enemies. The next Rundown, titled “The Vessel,” will arrive on June 11. This will be the third Rundown update to release in GTFO since the game’s early access launch in December 2019.

Aside from new enemies, weapons, and expeditions, GTFO’s “The Vessel” update will also help to flesh out the game’s backstory.

“The story of GTFO has been somewhat of a mysterium, and we also want to keep it partly that way and not disclose everything about it openly and easily accessible, as it brings together the community in discussions and helping each other find the clues and figure out how they all fit together,” said Simon Viklund, member of 10 Chambers Collective. “In Rundown 003, The Vessel, you will be able to find more of these clues and start getting a better picture of what is really happening down in The Complex.”

GTFO is currently available on PC via Steam Early Access for $34.99. GTFO’s “The Vessel” update will release on June 11 at 1:00 p.m. CET for all GTFO early access players.