Sony has officially announced the release date for Ghost of Tsushima, the upcoming action-adventure game from developer Sucker Punch Productions. Details on the Collector’s and Digital Deluxe editions have been revealed as well.

Ghost of Tsushima will release on June 26, 2020 as a PlayStation 4 exclusive. Alongside today’s announcement came a new story trailer that focuses on the main protagonist and playable character, Jin Sakai. The trailer features some stealth, combat, and traversal gameplay as well. You can watch the full Ghost of Tsushima story trailer in the video below.

If you’re looking forward to picking up Ghost of Tsushima in June, then news of the game’s various editions should spark your interest. Pre-ordering any edition of Ghost of Tsushima grants players bonus digital content, including a Jin avatar, mini soundtrack, and a dynamic theme for PS4. 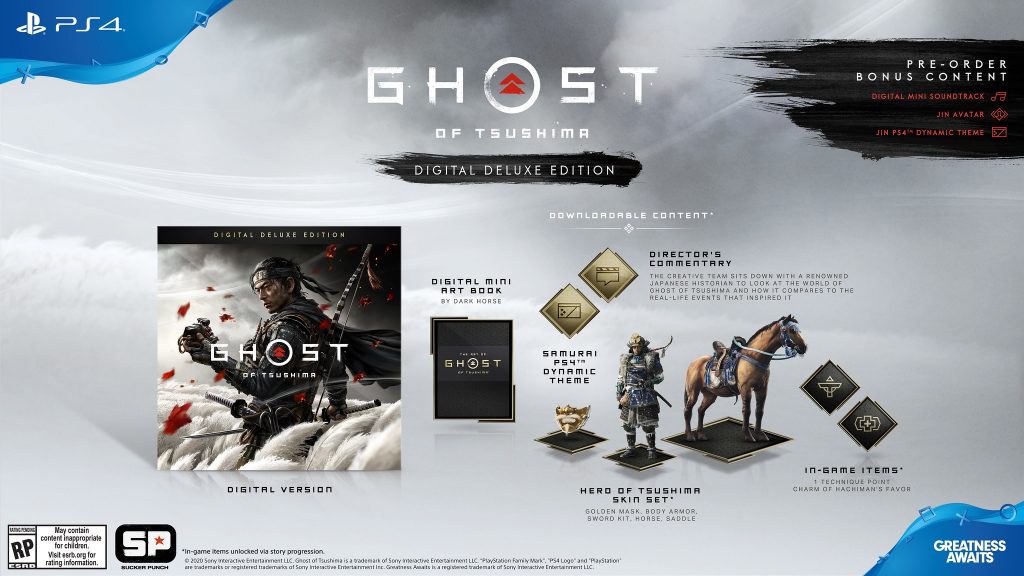 Players poised to grab a digital copy of the game can opt for the Digital Deluxe edition, which alongside the game comes with a Hero of Tsushima skin set that includes custom in-game armor for both Jin and his horse. This edition also includes the Charm of Hachiman’s Favor, one technique point, and a Samurai dynamic theme for PS4. The Digital Deluxe edition of Ghost of Tsushima costs $69.99 USD.

There are a couple of options available for physical editions as well. First is the Special Edition of Ghost of Tsushima, which comes with a SteelBook case and a voucher for some of the digital content mentioned above. The Special Edition is also priced at $69.99 USD. 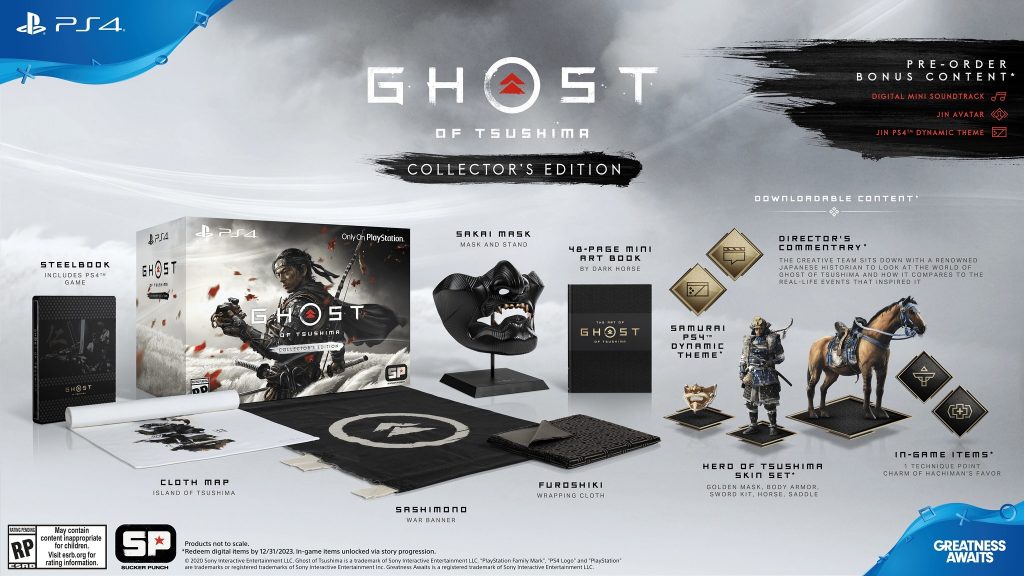 Finally, there’s the Collector’s Edition, which comes packed with several different collectibles. The most notable of the goodies is the Sakai Mask, a replica of the one Jin wears in the game. Sony notes that the mask is quite heavy and is not meant to be worn. However, the mask includes a numbered display stand so you can still show it off in all it’s glory.

Pre-orders are available now for Ghost of Tsushima’s various editions. Be sure to check back here for updates as we get closer to the game’s launch.

Horizon Zero Dawn is Heading to PC This Summer

PlayStation is Reportedly Getting a Game Pass-Like Subscription Service

Faeria is Now Available on PlayStation 4 With Cross-Play Support