Epic Games is planning to introduce a new revive mechanic to Fortnite this week in update v8.30. The new mechanic comes in the form of Reboot Vans, which act as respawn points that allow squad members to revive their eliminated teammates.

The new feature takes clear inspiration from the respawn system in Apex Legends, which isn’t a bad thing. Having the ability to revive your teammates will help promote teamwork amongst squad members. Plus, it allows revived players to gain a second chance in cases where the game’s RNG was not in their favor. 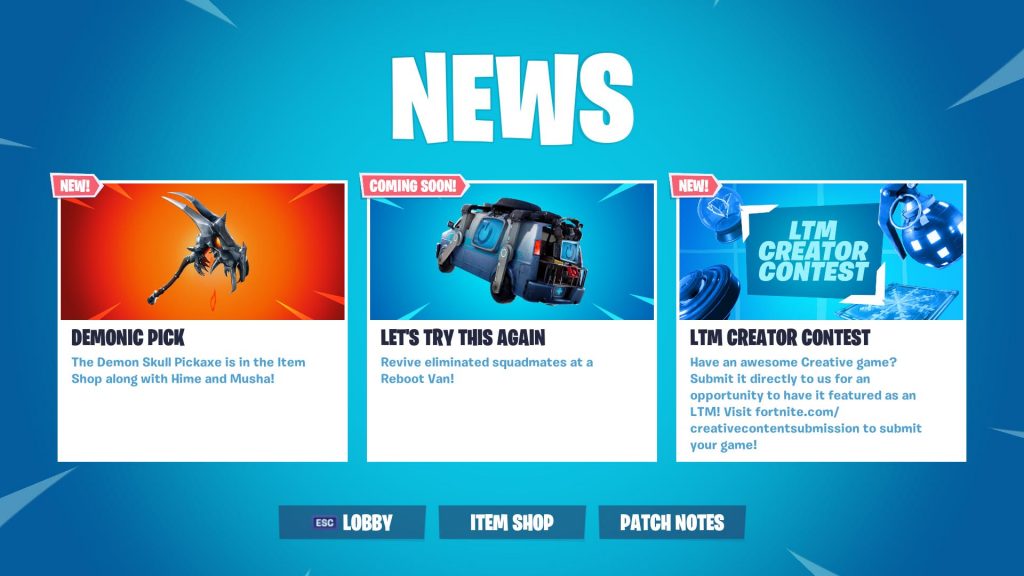 How Does the Reboot Van Work?

Reboot Vans will arrive as part of Fortnite update v8.30. According to Epic’s latest update video, Reboot Vans are practically identical to the respawn beacons in Apex Legends. If you aren’t familiar with Apex’s respawn system, don’t worry. Here’s a quick rundown of how this new feature will work.

Reboot Vans act as designated respawn points where players can revive their eliminated squadmates for a limited time. The update will also introduce Reboot Cards, which players drop upon being eliminated. Squad members must collect their teammate’s Reboot Card and bring it to a Reboot Van to revive them.

Upon activation, a Reboot Van will give off a honk and will shine a beacon that can attract enemy players to the location. Afterwards, the Reboot Van will become unavailable for a limited time and will display a battery icon during cooldown.

Players revived at a Reboot Van won’t have any weapons or items on them. Ideally, a surviving squadmate should prepare to drop a few items for their respawning teammates so they aren’t empty handed for long.

Overall, this seems like a fitting feature for Fortnite. The new revival system should make the gameplay more dynamic and may also alleviate some of the bad luck players experience from landing RNG. The Reboot Van will arrive with update v8.30, which should be on its way this week. Until then, you can catch up on some of last week’s challenges, including visiting the five highest elevations in Fortnite and searching where the knife points in Fortnite.