Final Fantasy fans got a closer look at the Final Fantasy VII Remake during Square Enix’s E3 2019 press conference. A new gameplay trailer for the highly anticipated remake showcased the game’s new combat system, which has been completely redone. The trailer also gave fans their first look at Tifa and Sephiroth, two iconic characters from the original that had yet to be shown in the remake version. Along with the trailer, Square Enix also confirmed the release date for the Final Fantasy VII Remake.

In the E3 gameplay trailer, we see several memorable scenes from the original game that take place in Midgar. We also get to see a bit of the remake’s “hybrid battle system” in action, which features a combination of turn-based tactics from the original and real-time fighting mechanics. The remake “merges real-time action with strategic, command-based combat,” according to a recent press release from Square Enix.

Alongside the gameplay trailer came the announcement of the game’s release date. Get ready to wield the Buster Sword on March 3, 2020 when the Final Fantasy VII remake launches on PlayStation 4. Several special editions were announced as well, including the Deluxe Edition and 1st Class Edition, both of which are available for pre-order starting today. 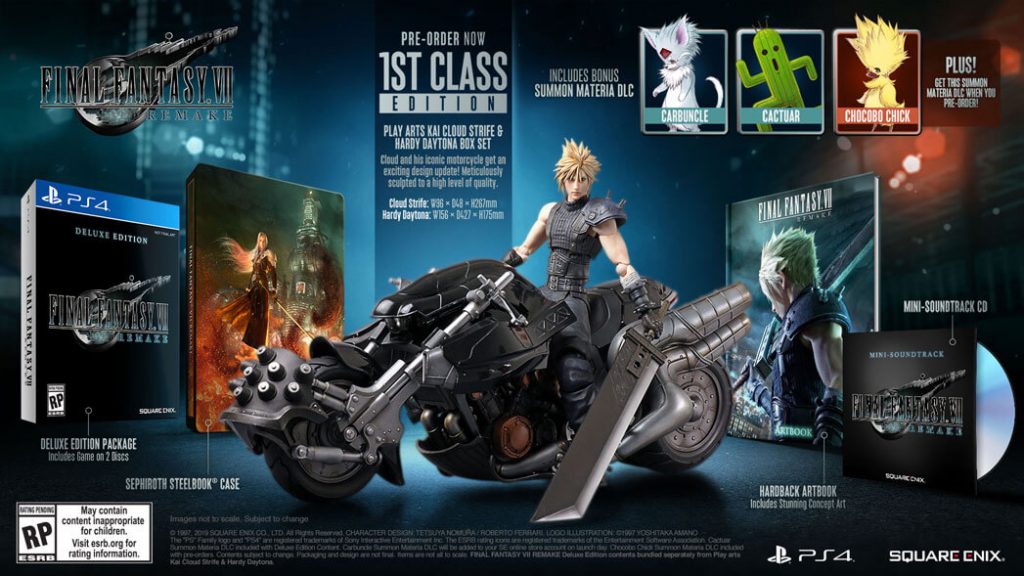 For more information on the game and where to pre-order, head over to the official Final Fantasy VII Remake website.

Final Fantasy VII Remake is Out Now on PS4