Today’s screenshots offer players an early look at several of the new vehicles and machinery coming in the Alpine Farming DLC. You can view the new screenshots in the gallery below. 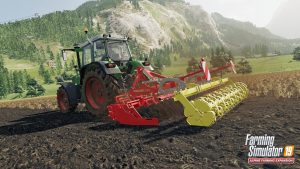 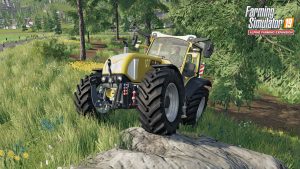 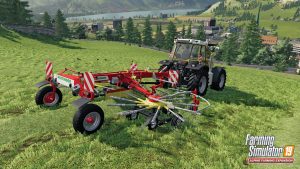 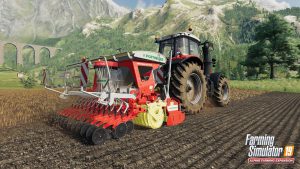 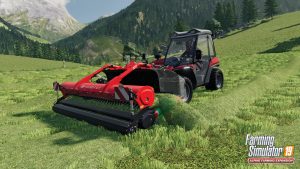 Among the new vehicles included in the expansion is the Aebi CC 66, the first motor mower to debut in the Farming Simulator series. The expansion contains over 30 new vehicles and farming equipment, created in partnership with famous real-world farming brands. “Take full advantage of the multifunctional LINDNER UNITRAC 122 LDRIVE vehicle, which you can easily combine with the STÖCKL MISTRAL 3400 SR for manure spreading, with the AGRAR ADF 3200 manure tank, or the LÜÖND SWISS-ELITE S31 loader,” reads a recent publisher release.

A spooky new Farming Simulator 19 teaser trailer was also released today, just in time for Halloween. The electrifying teaser sets the stage for the arrival of the Rigitrac SKE 50, the game’s first electric tractor, which will also be available as part of the upcoming expansion. The trailer has some snazzy editing, so be sure to give it a watch in the video below.

The Alpine Farming Expansion for Farming Simlator 19 will be available on PC, Mac, PlayStation 4, Xbox One, and Stadia on November 12, 2020. The DLC costs $19.99 and requires the base game. There’s still time to pre-order the Alpine Farming DLC over on the game’s official website.