A new set of machinery will be coming to Farming Simulator 19 next week, according to an announcement today from Focus Home Interactive and GIANTS Software. The GRIMME Equipment Pack will release on January 26, 2021 on PC and consoles. 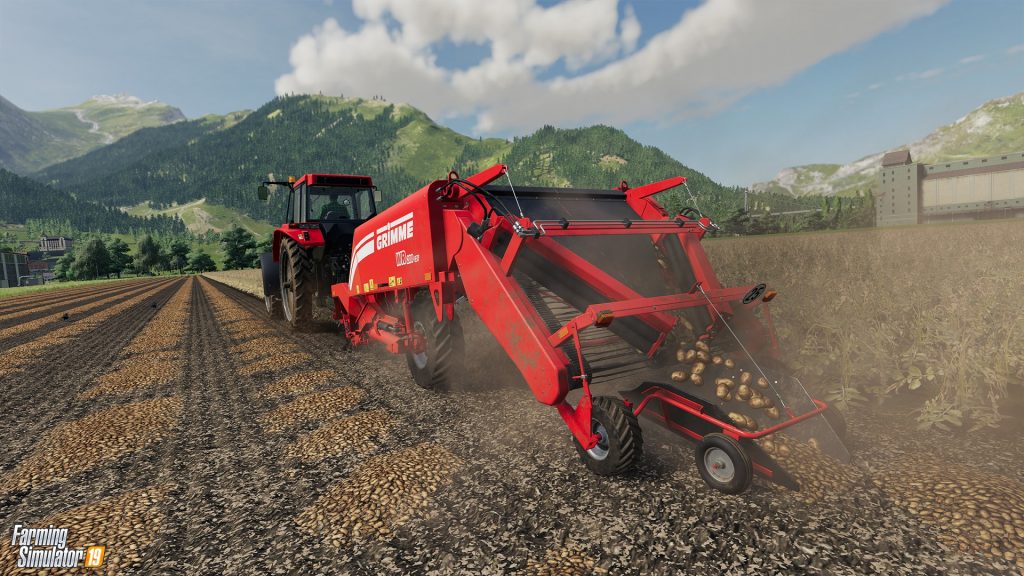 The GRIMME Equipment Pack caters mainly to farmers looking to plant and harvest potatoes. If it’s weed control you’re after, the pack features a few options for you as well. Below is a list of each piece of equipment included in the upcoming DLC.

The GRIMME Equipment Pack releases on January 26 for PlayStation 4, Xbox One, Stadia, PC, and Mac. Players who own either the Season Pass or Premium Edition of Farming Simulator 19 will be able to download the equipment pack for free when it becomes available.