Now that the Wastelanders update is out of the way, Bethesda can focus on the rest of this year’s planned content for Fallout 76. Today, Bethesda revealed the 2020 roadmap for Fallout 76, which outlines what’s to come in the months ahead. Bethesda appears to have plenty of new features lined up, including a new rewards system and the return of the Brotherhood of Steel. 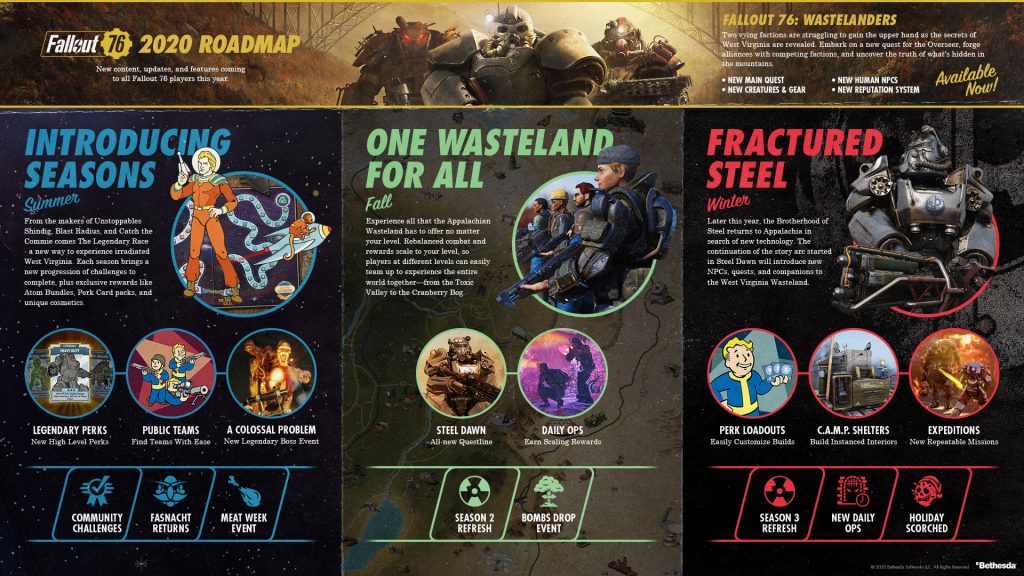 Bethesda is overhauling the current Challenge system in Fallout 76 and replacing it with a new account-wide progression system that they call Seasons. Rather than earning Atoms for challenges, players will earn S.C.O.R.E. points, which apply to the player’s seasonal rank. The more in-game activities you complete, the more S.C.O.R.E. points you stand to accumulate. Achieving new ranks will unlock new rewards, from outfits to Power Armor paint.

Players will be able to seamlessly earn in-game rewards throughout each season, and all players will have access to seasonal content. This new progression system is essentially Bethesda’s version of a Season Pass for Fallout 76. The first Season will begin in Update 20, which will arrive this summer. 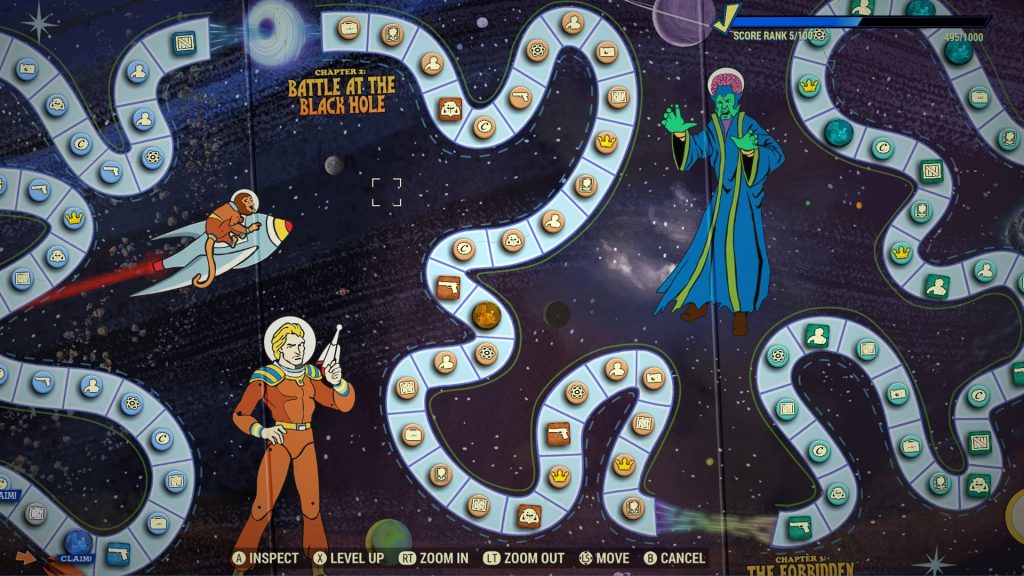 “We wanted to revisit our Challenges and rewards to create a new system that is more fun, flexible, and offers more to look forward to every time you log in,” said Bethesda. “After multiple iterations, we feel the system we’ve designed accomplishes all of those goals.”

One Wasteland For All

Fall 2020 marks the arrival of the rebalancing overhaul for Fallout 76. Alongside the Season 2 Refresh, players can anticipate revamped combat and rewards scaling, which will allow players at different levels to easily team up and explore the wasteland together. The new “Steel Dawn” questline will become available as well.

Winter 2020 kicks off the start of Season 3 while adding new perk loadouts, C.A.M.P. Shelters, and expeditions to Fallout 76. Brotherhood of Steel (BoS) fans should also prepare for the return of this metal-clad faction to Appalachia. Picking up directly from the Steel Dawn questline from the previous season, the BoS will return in search of new and improved technology this winter. New quests and companions will become available, and new NPCs will be introduced as well.

Head over to the Fallout 76 website for more details on the game’s 2020 roadmap. Be sure to check back here for updates on Fallout 76.