Deep Silver has released the very first gameplay trailer for F1 2019. Formula 1 racing puts you in the driver’s seat of some of the fastest cars.

Codemasters revealed today the first in-game trailer for F1 2019, which is the official game of the 2019 FIA Formula One World Championship. The F1 gameplay trailer showcases some fantastic graphics and several race site locations. This F1 gameplay trailer is all about getting the edge on your rivals and showing you just how serious F1 racing can be.

F1 2019 will have all the official teams, drivers, and 21 circuits from the 2019 season. Additional features see the inclusion of Formula 2 giving the players the ability to complete the 2018 FIA Formula 2 Championship with the 2019 F2 Championship being included as a free update later this season. 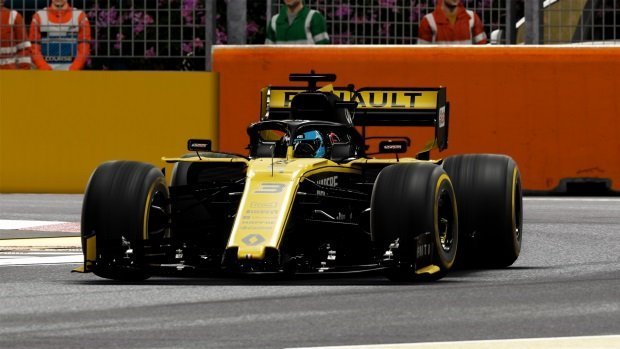 The F1 2019 gameplay trailer shows a glimpse of some of the classic F1 cars from previous iterations and will include even more with the F1 2019 Legends Edition: Senna and Prost, and Anniversary Edtion. Here is the list of vehicles coming to F1 2019.

For those who get the Legends Edtion: Senna and Prost, they will receive these extra cars.

Last and certainly not least, those who get the Anniversary Edition will receive these extra cars.

Players can expect to jump into their favorite F1 car starting June 28, 2019, for those who purchase the Anniversary Edition. Play up to three days early starting June 25, 2019, by buying the Legends Edition.

NASCAR Heat 5 Races Onto PS4, Xbox One, and PC in July