Developer SCS Software has confirmed that the highly anticipated Iberia map expansion will release for Euro Truck Simulator 2 in April 2021. Although no date has been specified, players can look forward to driving their trucks through Portugal and Spain next month.

The upcoming Iberia DLC for Euro Truck Simulator 2 takes players through the roadways of the Iberian Peninsula, which features over 2,000 miles of coastline as well as a series of mountain ranges including the Pyrenees and the Baetic System.

The developers are paying close attention to detail with the upcoming map expansion to ensure an immersive experience. In the Iberia DLC, road signs will be available in different languages depending on where you travel throughout the region. The Iberia DLC is also the first map expansion for Euro Truck Simulator 2 to feature ambient sound effects. “Our sound experts travelled across the Iberian Peninsula to capture realistic sounds from industrial and scenic environments alike,” said SCS Software in a blog post. “Some of the stops along their journey included capturing sounds from ports, industrial zones, truck stops, and a variety of different environments such as coastlines and city streets.”

Today, we are taking a closer look at the Portuguese city of Porto in our upcoming Iberia DLC for Euro Truck Simulator 2 🇪🇸 🇵🇹

Today, the developers offered a closer look at the Portuguese city of Porto, the second largest city in the country. A set of in-progress screenshots of Porto are now available over on the SCS Software blog. And after many persistent requests from the community, the developers have also revealed the full Iberia map in Euro Truck Simulator 2, which is included below. 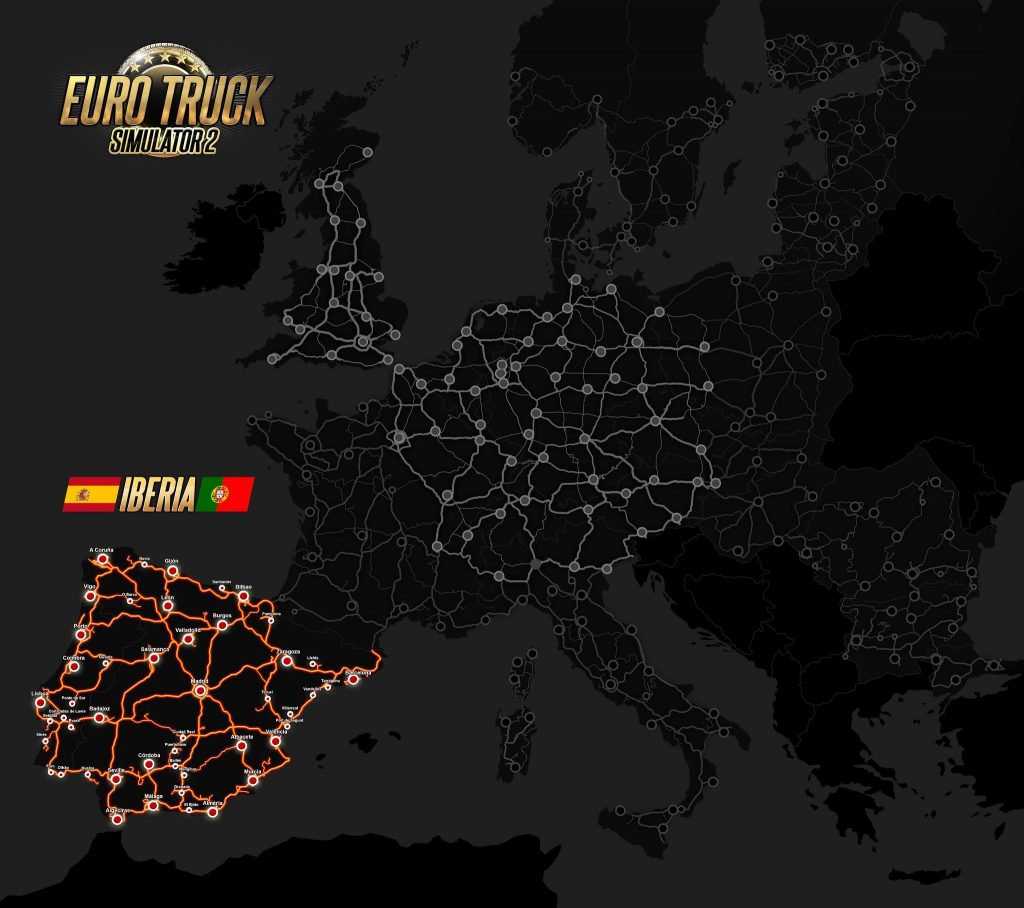