Today, developer SCS Software revealed Heart of Russia, the next map expansion coming to Euro Truck Simulator 2 following Iberia. This highly anticipated DLC will take players to Moscow and other cities, where historic locations and breathtaking sights await. In-progress screenshots from the upcoming Heart of Russia DLC are available on the SCS Blog. 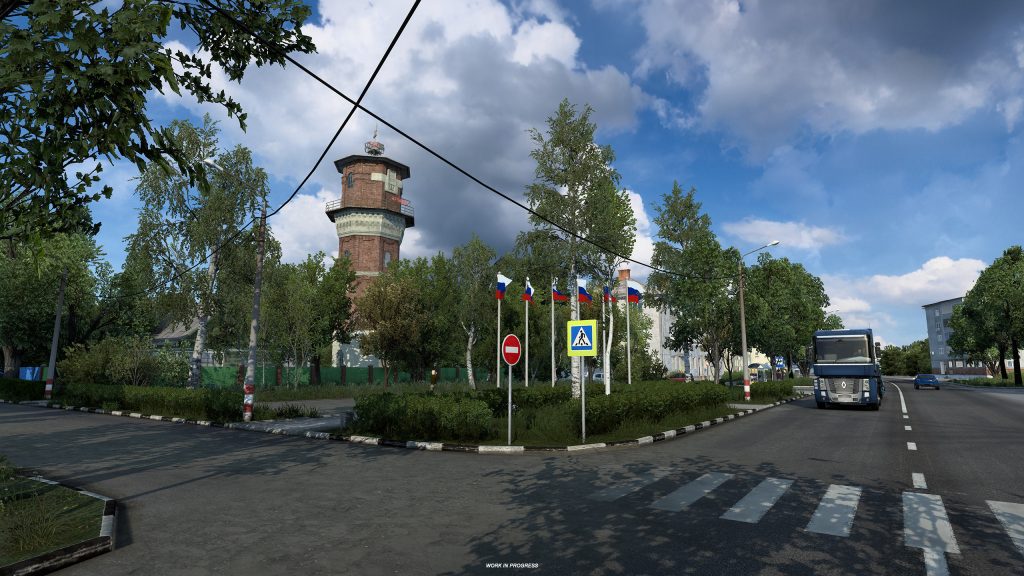 In Heart of Russia, truckers can visit historic locations as they explore the vast countryside. Given how massive Russia is in scale, SCS Software has chosen to focus on specific regions of the country to make the ambitious project more manageable. “Our current goal is to reach the upper Volga river, but if you know Russian geography, perhaps think of the Oka river rather than the lower parts of Volga or Don,” explains SCS Software on their blog. “The size of the territory we plan to cover is huge anyway, comparable to the previous, as of now still upcoming Iberia map expansion.”

This will not be the first time players have driven to Russia in Euro Truck Simulator 2, however. Saint Petersburg was featured in the Beyond the Baltic Sea DLC, which released in 2018.