Iron Banner, Destiny 2‘s seasonal PvP event, returns to the tower during tomorrow’s weekly reset on March 26. Naturally, Lord Saladin brings a slate of new armor and weapons for Guardians to pursue, and it’s a whole new set of loot due to this being the first event of the Season of the Drifter. Let’s have a look at what is up for grabs, as well as some changes to the Iron Banner format.

Unlike the weapons, which are mostly recycled, the Iron Banner Armor in Season 6 is brand new. Three full sets of armor, one for each class, are available as drops and direct purchases from Lord Saladin. This season’s collection is called the Iron Symmachy Armor Set and may be the most beautiful one yet.

Previous seasons offered armor sets that provided improved resilience and mobility, and this time each set will grant improved recovery. The names of the sets differ, but the perks are the same. 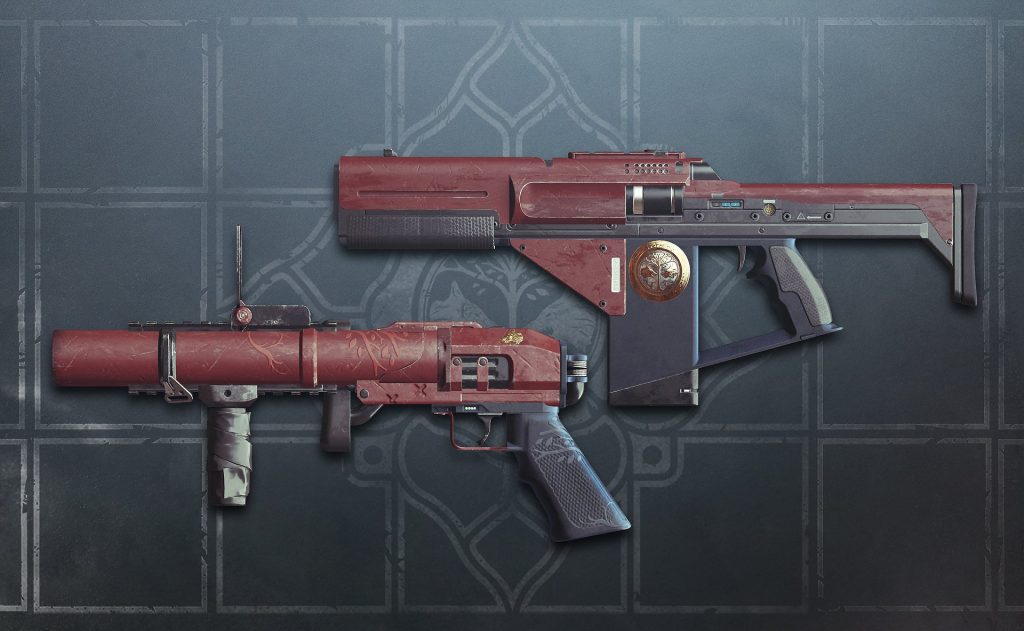 A sampling of the weapons available in Iron Banner.

The Season 6 weapons fit the theme of the new armor sets, as you can see above. There are two weapons available:

Both of these weapons were available in Iron Banners of the past but were given a cosmetic makeover.

For the first time, Iron Banner introduces two consumables that allow players to adjust their experience. The Iron Burden and Wolf’s Favor are time-limited consumables that lower or raise your power level.

Available from Lord Saladin for 5 Iron Banner tokens, the Iron Burden consumable lowers your power level by 100 points. The associated triumph requires you to defeat 500 opponents in the Iron Banner while under the influence of this debuff. Complete it, and you will receive a curated roll Wizened Rebuke. The triumph can be completed over multiple events, and your progress will carry over to the next Iron Banner.

This buff is the opposite of Iron Burden and will raise your power level by 100 points, up to a maximum of 700, the current level cap. This will allow lower-level Guardians to be competitive in the Iron Banner where power does matter. Wolf’s Favor lasts for 30 minutes and drops during daily heroic story missions, nightfalls, strikes, flashpoints, gambit, and other weekly milestones.

Considering these new additions, Bungie wants the community’s feedback. “We’re trying something new with Iron Banner this season. As always, we’re eager to hear your feedback. Let us know what you think about the changes after you spend some time in the Crucible.” says Cozmo in the latest This Week At Bungie update.

Good luck out there, Guardians! May the Iron Lords watch over you and your loot be plentiful and not duplicated.