Bungie has been hard at work and keeping a pretty tight lid on new content coming to Destiny 2. We finally know when Destiny 2 Season of Opulence releases. 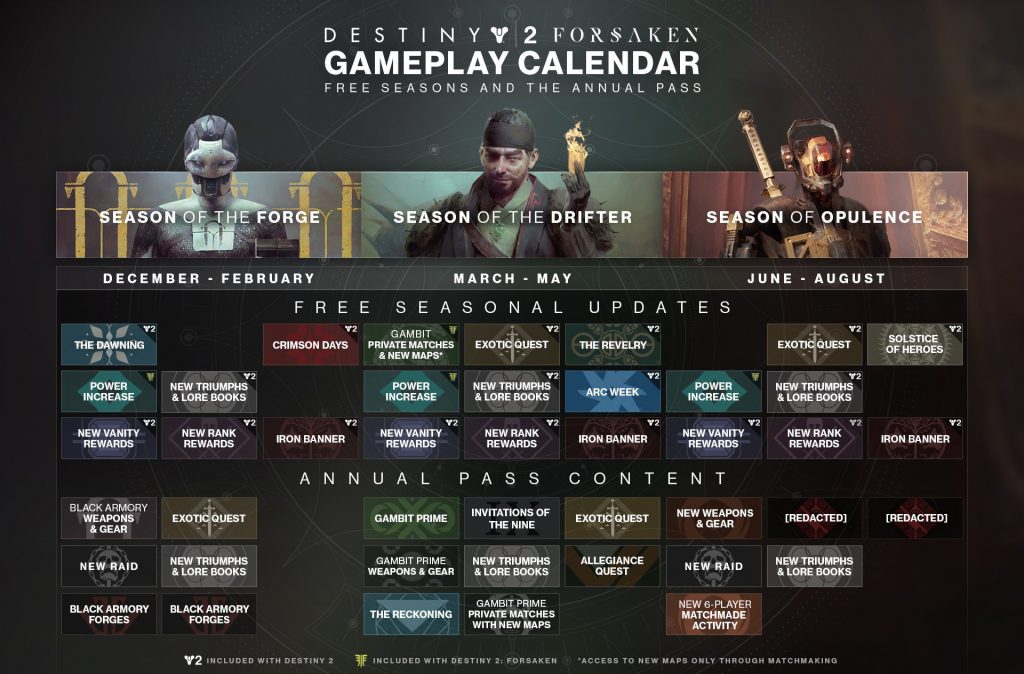 It’s that time to make sure your guardians are ready for the next round of new content in Destiny 2 as Season of Opulence is just around the corner. Starting June 4, 2019, Destiny 2 Season of Opulence kicks off brand new material and makes a significant change to when the new raid is accessed.

Players who have purchased the Annual Pass will have access to the brand new raid right away. This moves the raid from the Friday reset to the opening day of Season of Opulence. The latest raid, Crown of Sorrow, will launch on June 4, 2019, at 4:00 p.m. PDT. Recommended Power Level is 715.

The raid release date isn’t the only change that is taking place during the opening of Season of Opulence. Bungie will be putting a few safeguards in place that will put everyone on the same field for a chance to become the world’s first.

Any powerful bounties acquired before Season of Opulence will reward players with Power Level 700 gear. No point in hanging on to them if you have three characters at Power Level 700.

Even though Bungie is preventing players from powering up too quickly, I have a feeling that the new raid will be completed within the first 24 hours. This is the perfect time to fine-tune your gear before Season of Opulence releases on June 4, 2019.

Complete the Vault of Glass Raid in Destiny 2 This Saturday